Dozens of sharks cluster off the North Carolina coast 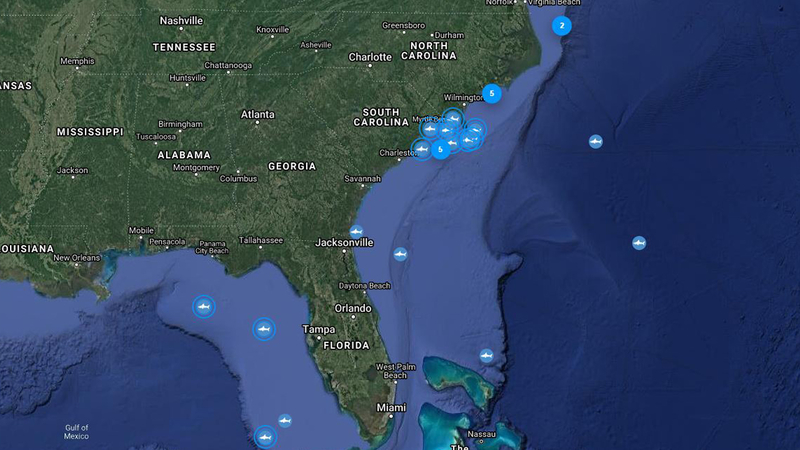 Common sharks found off the coast of North Carolina

RALEIGH (WTVD) -- More than a dozen white sharks are being tracked off the North Carolina and South Carolina coast, according to Ocearch's shark tracker.

Ocearch's Facebook page brought attention to the cluster of sharks Saturday. The group pointed out that it appeared odd that the sharks were clustered at the Carolinas but nowhere else until you pass the tip of Florida and move into the Gulf of Mexico.

The largest of the sharks being tracked off the coast are Vimy and Jefferson.

WATCH: How to know if you're swimming near a shark

In addition to the cluster of white sharks, the Ocearch tracker shows several tiger sharks off the Carolina coast as well.

Researchers with Ocearch's NASFA program are excited to learn why the sharks appear to be clustering this time of year.