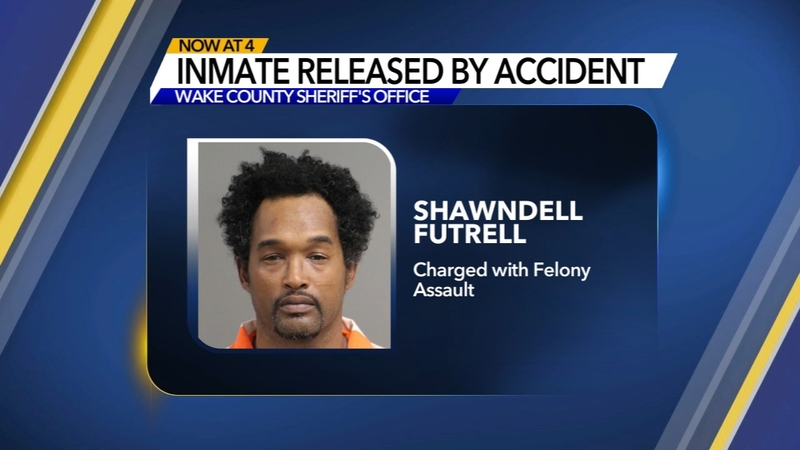 WAKE COUNTY, N.C. (WTVD) -- A Wake County inmate is back in custody after being prematurely released due to a clerical error, the sheriff's office said.

According to officials, Shawndell Futrell was in custody for a felony assault charge.

A second inmate with the same last name was scheduled to be released, but due to a clerical error, Futrell was released. 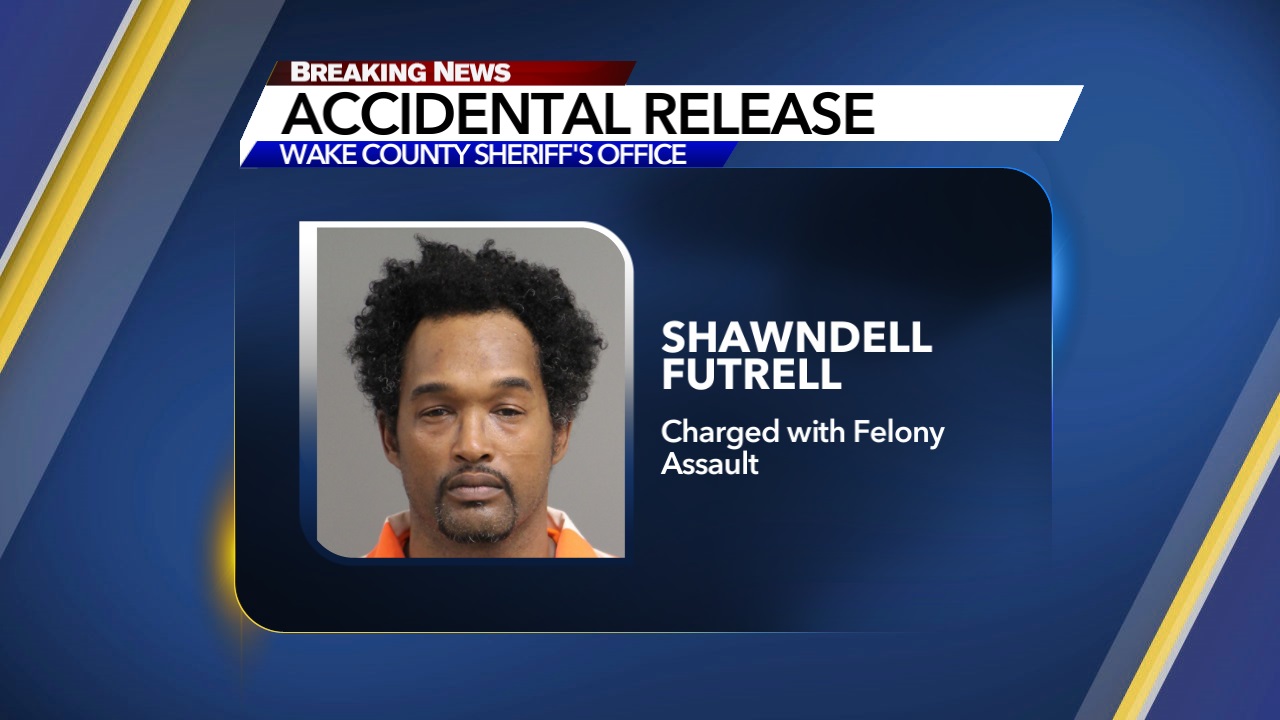 Sheriff Baker ordered an immediate search for Futrell, who was tracked down shortly after 6 a.m.