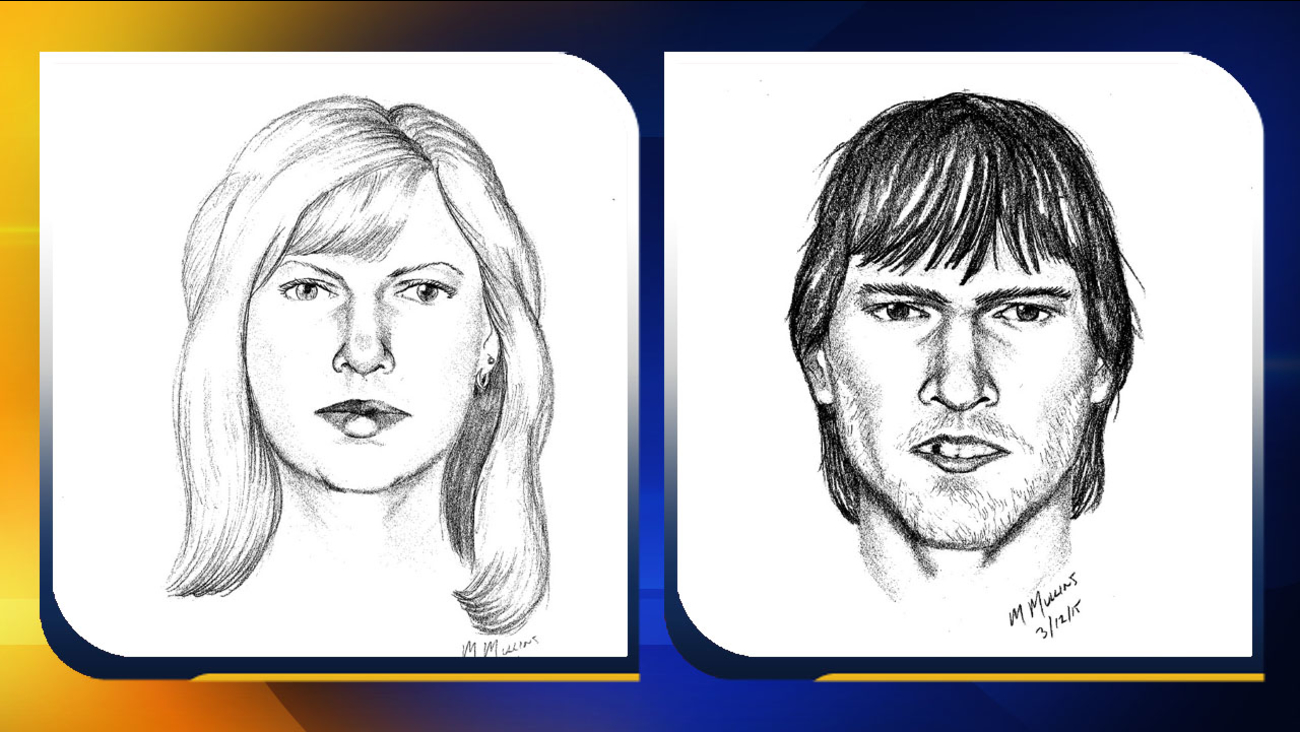 CHATHAM COUNTY, N.C. (WTVD) -- Deputies from the Chatham County Sheriff's Office need your help to identify two suspects involved in a March 9 shooting in the 6400 of block of N.C. Highway 751.

Police said 44-year-old Thomas McGinty, of Pittsboro, was flagged down at the intersection of U.S. 64 and Highway 751 by a disabled motorist who claimed she needed help to change a tire on her vehicle. McGinty picked up the motorist and took her back to her vehicle that was parked about a mile north at the fishing access point for White Oak Creek.

McGinty says he arrived at the disabled vehicle and walked around to the right side of it. According to police, a man then exited the passenger side of the vehicle, displayed a firearm, and demanded money. An altercation occurred between the two men, and McGinty was shot.

The victim described the disabled motorist as a white female with shoulder length brown hair wearing a brown coat and blue jeans. He said the suspect was a white male in his late 20s to early 30s with dark hair and brown eyes. McGinty says he was missing a front right tooth and wearing a black jacket and blue jeans.

McGinty was transported to UNC Hospital for treatment of non-life threatening injuries.