Lakeview School in Durham on lockdown after nearby shooting 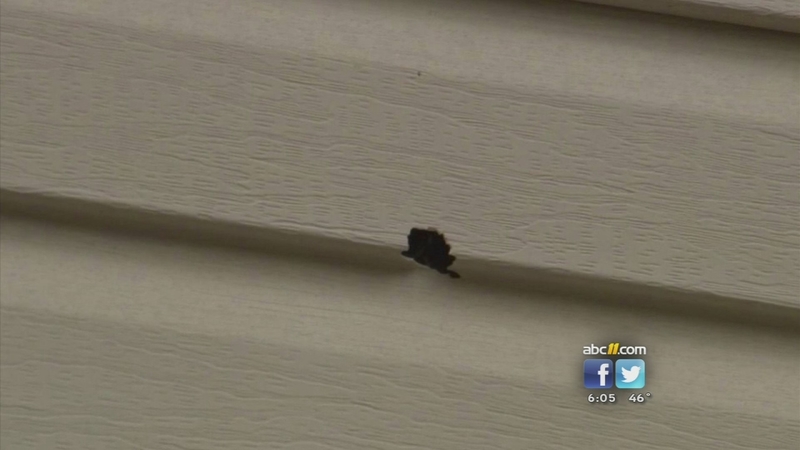 DURHAM (WTVD) -- Lakeview Secondary School in Durham was on lockdown Monday afternoon due to a nearby shooting, Durham police said.

The call came in just after 2 p.m.

It happened a few houses away from the school on Dearborn Drive where two men were outside when they were shot at from a silver vehicle, according to officials. Police released photos of the suspects' car, a silver 4-door Toyota Camry with dark tinted windows with a hood that could be a lighter color than the car. Police said there were at least three people in the car, but have not determined a motive.

Photos of the suspects' car, a 4-door Toyota Camry

Authorities said the victims, who are not students, ran to the school for help. As soon as administrators realized what happened they immediately put the school on lockdown.

One witness said he didn't see the shooting but heard six or seven shots being fired.

Aisha Wright, who lives in the house where the shooting happened, says she ran into her upstairs bedroom with her infant daughter when she heard the gunfire.

"It wasn't meant for us and it's good nobody was hurt," she said. "You know what I mean? But it could've been us and God willing nothing happened to us."

She didn't realize until she came out later that one of the shots had pierced the siding on her house and ripped through the sheetrock in the upstairs hallway.

Wright said she was also concerned when she later learned that the two victims were hit by gunfire.

One of the victims' grandmother said he was shot in the lower back.

The two men were taken to the hospital for non-life threatening injuries.

Dismissal way delayed at the school, but Durham Public Schools announced all students were able to leave.

All students have been dismissed from Lakeview.