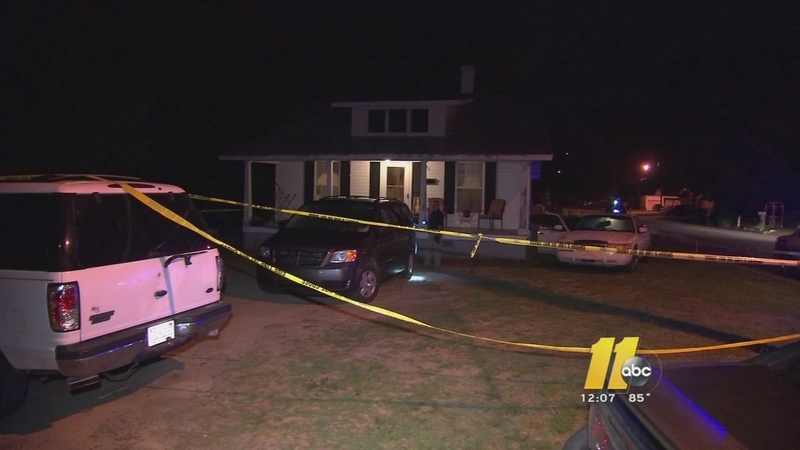 It happened around 11 p.m. at a home in the 300 block of West Harnett Street.

Officers said 39-year-old Richard Longmire suffered two gunshot wounds and died at the scene despite attempts by firefighters and EMS workers to save him.

Witnesses said Longmire went to the home in an attempt to get his two children who live there, and then they heard three shots fired.

In a 911 call, a woman confirmed there were three shots fired.

Dispatcher: How many shots were fired?
Caller: It was three shots!
Dispatcher: Did you see the person who fired the shots?
Caller: I didn't, I didn't. I didn't see anything.

A neighbor across the street told ABC11 that she didn't see any signs of domestic tension at the house before Sunday night, and noticed more than one woman and other kids that stayed there before the homicide investigation began.

"They were quiet people, never any problems," TIffany Kersey said.

Police have not identified any suspects. They said they are doing interviews and working with family, witnesses, and persons of interest.