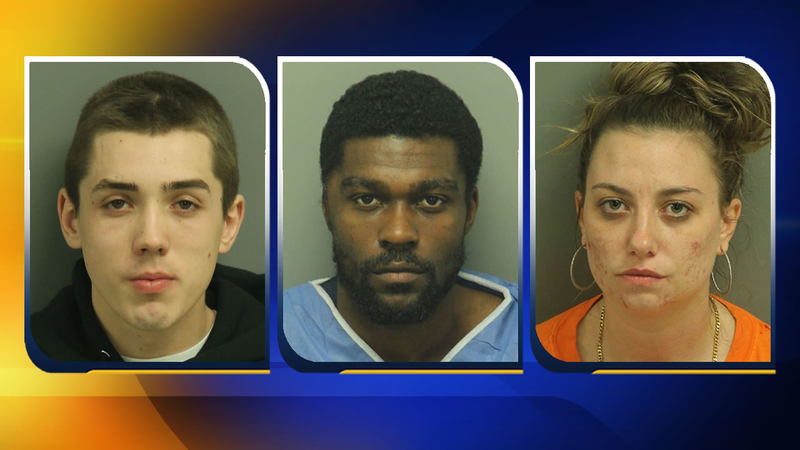 RALEIGH (WTVD) -- Raleigh police have filed charges after a shooting at an apartment complex Sunday.

It happened just before noon at the Woodland Court Apartments in the 3200 block of Shire Lane.

The Raleigh Police Department said it began with an attempted robbery. Detectives said 20-year-old Evan Robert Schwepker-Thomas and 28-year-old Darius Dontae Mccalston entered a home and at least one of them had a handgun.

There were three men, two women, and a 3-year-old child in the apartment. A struggle began between the two alleged robbers and the victims. One of the victims, 27-year-old Henry Chavez Jr., was shot in the hand.

Police said the victims got control of the handgun and Schwepker-Thomas was shot in the hip. Both he and Mccalston were also hit with a baseball bat by one of the victims.

They fled the scene in a vehicle allegedly driven by 23-year-old Cassandra Marie Duplanti. They went to WakeMed and were detained by police there.