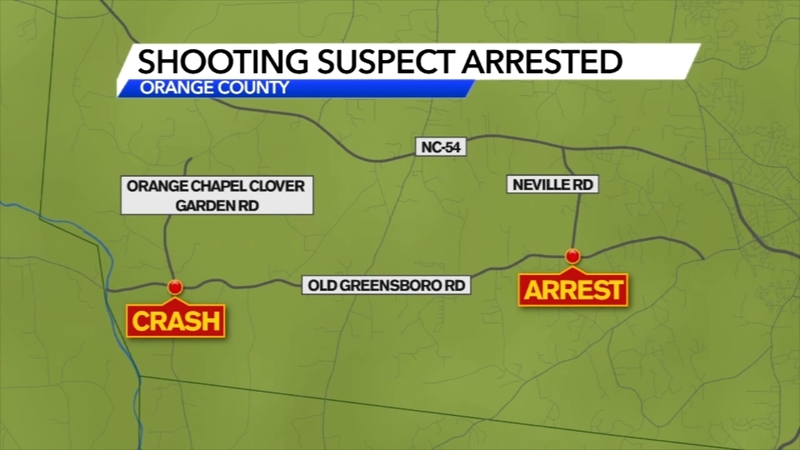 CHAPEL HILL, N.C. (WTVD) -- A man suspected in a pair of shootings on opposite sides of the Triangle was captured after a chase Wednesday morning.

After the second shooting, investigators caught up with the suspect.

Orange County deputies spotted the suspect's car and tried to pull him over. Instead, he sped off--eventually crashing at the intersection of Orange Chapel Clover Garden Church Road and Old Greensboro Highway.

But that wasn't the end of the chase, because the suspect then jumped out of his car and ran off.

He ran for about three miles before law enforcement caught up with him and placed him in custody.

Deputies have not yet identified the suspect. They did confirm that nobody was injured in the Spring Hill Mobile Park shooting; however, no details have yet been released about the Knightdale shooting.