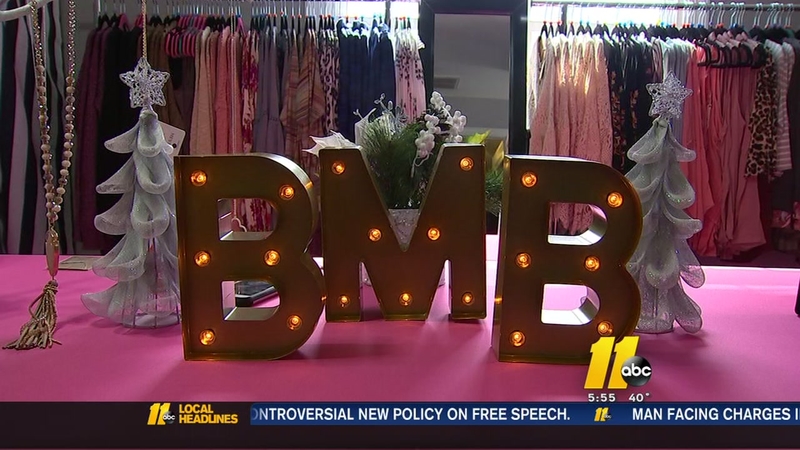 Hoping to cash in on some last-minute holiday shoppers, Triangle business owners are unfortunately the ones out money after they discovered the holiday shopping expo they signed up for isn't happening.

Dawn Hill, one of the owners of Bella Mei Boutique, had high hopes for the shopping expo planned this weekend at the NC State Fairgrounds in the Kerr Scott building. "We were really excited about this one in particular because it's at Christmas time so we thought it would be a great event to do," said Dawn. The holiday shopping event was advertised and put on by Island Girl Events. Dawn, along with many other business owners, 80 according to Island Girl Events website, would be part of the "Last Minute Christmas" shopping extravaganza.

Excited to promote her small business, Dawn paid the $125 vendor fee for the event. This week though, she learned the bad news. "I found out that there was never going to be an event and that a lot of people had paid and the event was never going to take place," A representative with the NC State Fairgrounds confirmed they do not have a contract with Island Girl Events for this weekend, nor did they for the LuLaRoe event the company advertised in August. That event also left many small business owners out their money.

"It's very disheartening because it's a shame that it happens this time of year especially because this is our hard earned money that we're wanting to go to an event and get our business out there," Dawn said. She adds that despite repeated attempts to contact the owner of Island Girl Events, she's had no luck.

Island Girl Events still has their Facebook page and website, but their phone number has been disconnected. I also tried several ways to get a hold of the owner of the company and had no luck.