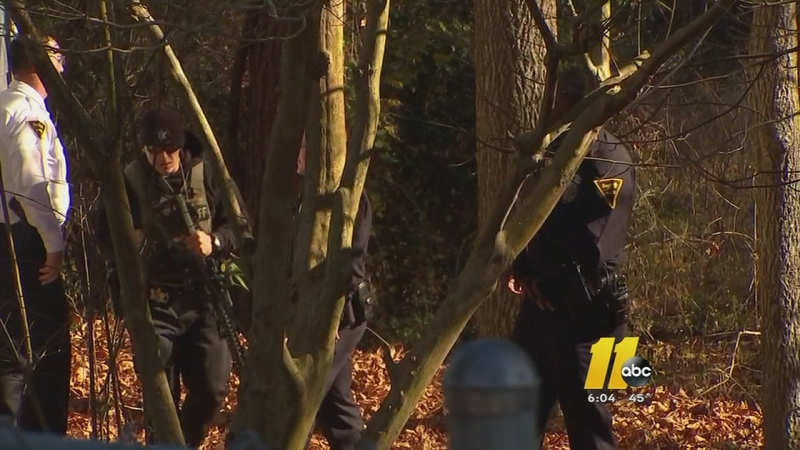 FAYETTEVILLE (WTVD) -- Fayetteville authorities have taken two suspects into custody after shots were fired behind the Douglas Byrd schools area, near the Odom Place Townhouses.

Deputies with the Cumberland County Sheriff's Office and officers with the Fayetteville Police Department took two suspects - believed to be involved in a breaking and entering incident - into custody around noon.

Douglas Byrd middle and high schools were placed on lockdown during the incident.

Officials said all the students were safe and the lockdown was lifted after an all-clear was given. Deputies were seen around the schools and the school bus parking lot.

Authorities swarmed the area for almost an hour as they searched behind the Odom Place Townhouses for the suspects, who fired shots in the air, near Raeford Road and Ireland Drive.

Neighbors showed ABC 11 where the bullets pierced a home, striking the back deck, kitchen window, dining room and bathroom mirror.

The home belongs to one of two neighbors who chased the robbery suspects after seeing them try to break into an empty end unit. One of the neighbors, who did not want to be identified, said he and another man lost track of suspects right before they shot into the air and hit his home.

Witnesses said the two young men were responsible for breaking into the same unit in recent weeks, and stealing a television. The woman who once lived there has since moved out.