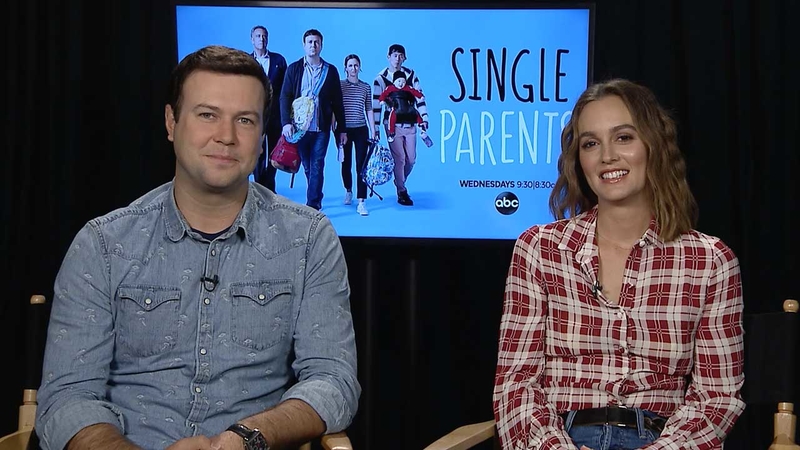 Leighton Meester (Angie) and Taran Killam (Will) play the parents of elementary-aged kids who have found their "village" in other single parents in their children's class.

The obvious question is, will Angie and Will ever end up together?

"The show is called Single Parents, and the second we get together, we can't call it that anymore," Killam joked.

Ha! Meester and Killam compared their characters' relationship to When Harry Met Sally, but at the very beginning.

Meester and Killam say they couldn't have asked for better kids to play their on-camera children.


This week, Angie gets jealous when her son Graham asks Will to get a colonoscopy, so she decides to get one herself.

"Her son, the character Graham, finds out that there's a history of colon cancer in my family," Killam said of his character, "and he (Graham) is a bit of a worry wart, so he asks me to get one."

"She gets jealous of my colonoscopy so books one of her own," Killam said.

Don't miss this all-new episode of "Single Parents," airing tonight at 9:30/8:30c, on The ABC Television Network, streaming and on demand.

Attention everybody! If you're ready to laugh tonight, #SingleParents is on ABC at 9:30|8:30c! pic.twitter.com/uMtmpdepAg