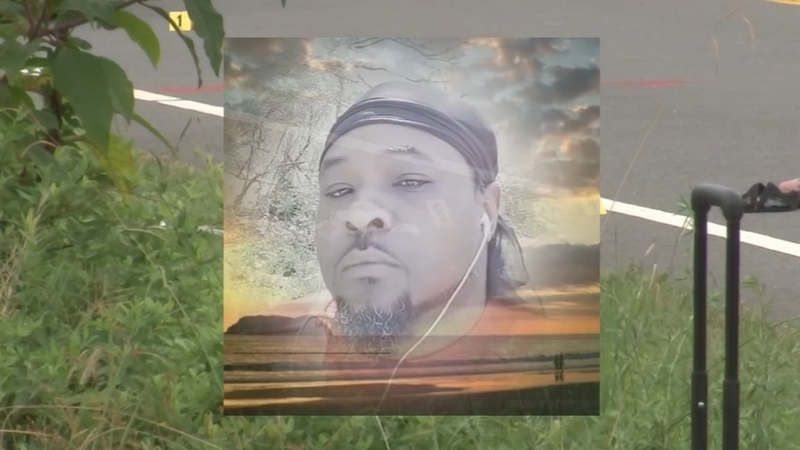 One shot from Roxboro police killed man who had shotgun, DA says

The news release from D.A, Michael Waters references the medical examiner's autopsy results, and says that his office "will await the results of the SBI investigation before making any determination about whether the use of force was appropriate."

The 45-year-old man's death alarmed some members of the Roxboro community, who participated in two demonstrations during the weekend demanding action by the authorities. Police shot Brooks after spotting him with a sawed-off shotgun near a Dollar General store.

A witness at the scene who said she was the cousin of the victim told ABC11 that her cousin was picking up some things from the store. She said he lives very close to the area.

Roxboro police chief Davis Hess said he could not yet confirm whether Brooks ever went inside the store with the shotgun.

Two police officers are on administrative duty following the shooting, as is standard protocol.

When asked what warning was given to Brooks before shots were fired, Hess said he couldn't say for sure at this time but it is department protocol that, "to the extent feasible" an officer provides a warning before firing shots.

The Roxboro Police Department does not deploy body-worn cameras but Hess said there are in-car cameras. The department is reviewing the footage to determine what part of the shooting, if any, was captured.

The family told ABC11 that the department was familiar with Brooks because of previous run-ins he had with officers. They felt that this particular incident could have been handled better, given the man's mental health challenges.

Hess said he could not speak to Brooks' mental health status or demeanor at the time of the shooting.

The North Carolina State Bureau of Investigation has been placed in charge of the investigation.

Hess said it's been more than 29 years since a Roxboro officer has been involved in a shooting in the city.

Roxboro police said arrests were made at a protest following a vigil for man shot and killed by police.

Friday night under the Main Street Pavilion in Roxboro's historic downtown, dozens of people gathered for a candlelight vigil in Brooks' memory. Family members, friends and concerned citizens took the megaphone to call for justice and to reject any notion that Brooks' death was a justified shooting by Roxboro PD.

"(Brooks) was not being aggressive to anyone," said his brother Jerriminco Brooks. "The camera in the store will show that. And the body camera of the officer will show the last moment my brother took his breath."

Brooks' cousin Tanillya Patridge accused Roxboro Police of a double-standard when it came to black men - saying officers did nothing to stop white demonstrators, armed with assault-style weapons, who gathered downtown, earlier this summer, to protest the removal of Confederate monuments.

Following the vigil, demonstrators marched through the streets chanting, "No justice, no peace." They demanded the video evidence of the shooting and pledged to continue the demonstrations until "they see justice." A second vigil is planned for 7 p.m. Saturday.

"The Person County NAACP chapter mourns the death of Mr. David Brooks Jr. We send our sincere condolences and prayers to the Brooks family and friends. It is unconscionable that our community is feeling this sting after what has been currently happening in our country. It is unfortunate that we are addressing yet another wound that has been dealt to us by those who have sworn to protect and serve.

The Person County NAACP chapter is very much interested in what happened to Mr. Brooks, and we are currently requesting that the incident be investigated by the State and if necessary, a Federal investigation will be called upon. As the investigations unfold, the NAACP will seek answers about the circumstances surrounding Mr. Brooks' death. Even as we call for accountability by those charged with protecting the community, we call on the community to act collectively and calmly until the investigations unfold. We will do everything in our power to make sure justice is served for the family of Mr. David Brooks Jr."
Report a correction or typo
Related topics:
roxbororace relationsofficer involved shootingguns
Copyright © 2021 WTVD-TV. All Rights Reserved.
More Videos
From CNN Newsource affiliates
TOP STORIES