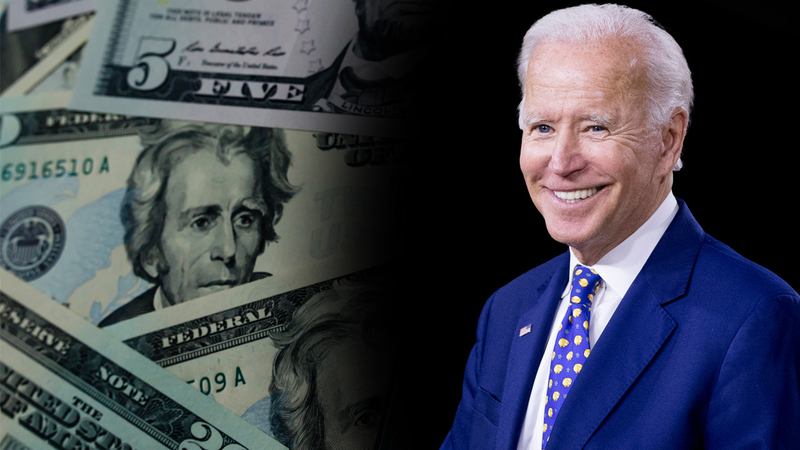 RALEIGH, N.C. (WTVD) -- January is typically one of the best months for gym owners, thanks largely to new sign-ups stemming from New Year's resolutions.

For Delvin Burton, owner of CycleBar West Cary, it's taking on even more importance this year.

He estimated that he spends about $1,000 month on PPE and extra staffing to sanitize the space, an additional charge he'll likely face for several months.

"We've done some things in and around the studio. We've limited the number of touchpoints; that was first and foremost," Burton said. "People deal with one piece of equipment when they come in, so there's not a lot of touching of unnecessary items per se. In addition, we installed an air purification system, that I really think is having a really positive impact and promoting consumer confidence."

Through the first weeks of the new year, which coincide with an uptick in vaccinations, Burton explained there's a slow shift.

"I see some positive signs," he said. "And I think as consumer confidence continues to grow around what it is we're doing, and how we're going about executing, we'll continue to see those."

While the first part of the year is typically a boon for gyms, it's traditionally the opposite for retail stores, who rely on strong holiday sales to carry them through the first quarter.

"We have faced the difficulty of being closed (due to the Executive Order). We have had a lot less traffic than we have had in years past, and we have had to educate ourselves on different ways of marketing -- Instagram, Facebook, and our website," explained Joy Batchelor King, president and owner of Shutterbugs Boutique and Burnie Batchelor Studio in Raleigh.

Burnie Batchelor Studio opened in 1951, with Joy joining the staff in 1985; they opened up Shutterbugs Boutique seventeen years ago.

King said sales were down at least 20% in 2020 compared to 2019, as they shifted their focus online in an effort to connect with customers.

While they've had success doing so, that also means extra costs.

"We had a lot more expense using our website (compared to) walk-in traffic, through shipping, working nights and weekends," King said. "We also have spent money through PayPal giving them a percentage, giving Shopify a percentage, spending money on credit card fees. You name it, it adds up."

They are personally delivering orders within five miles to try to save on shipping costs, with King noting margins in retail are thin.

"When you take $7 (in shipping) out of a $25 outfit that somebody purchases, then you're not making any money," King said.

Other small-business owners have expressed similar concerns to ABC11, as they encourage customers who are uncomfortable returning to in-person shopping to opt for curbside pick-up.

Both Burton and King received a PPP loan in the spring; another round recently opened up.

Now that President Joe Biden has been inaugurated and Democrats have gained control of both chambers of Congress, the likelihood of expanded stimulus checks has increased. King believes that would provide assistance to her staff.

"I have employees that have young children that are unable to go to school, and they have to spend all their money on childcare and extracurricular activities in order to keep their children educated. So, the stimulus checks would help immensely to those young mothers I have working with me," King said.

The business owners are grateful for the support they've received thus far, and hopeful it continues moving forward.

"I would really encourage all communities to really look at and think about the significance of the small businesses in their community, not only how they contribute to their overall health, well-being, convenience, but also ultimately how they give back in so many ways," Burton said. "I think about my studio, we've still dedicated time and energy to supporting local charities and other organizations that are near and dear to our constituents."

King said support from regular customers has been critical.

"Our regular clientele has been awesome to us, and we can't thank them enough for all the support that they've given us," King said. "Raleigh is a big city, but we have so many local people that I grew up with, that are from Raleigh, that have kept in touch with us over the years. We ship all over the country to them, and we have been just so fortunate to keep in touch with them through FaceTime, Instagram, e-mails, and our website."
Report a correction or typo
Related topics:
businessraleighcarygymsmall businessretailcovid 19 pandemicsmall business survival
Copyright © 2021 WTVD-TV. All Rights Reserved.
TOP STORIES
130 mph Raleigh chase on I-540 ends in crash: Police
Tropical system could form off NC coast Monday
Win big prizes buy simply shopping in downtown Raleigh
NC plantation cancels event depicting slave owners as fugitives
LATEST: Wake County holding vaccine boot camp
NC to vote on postponing Raleigh's 2021 municipal election
NC State knocks off Arkansas 3-2, advances to College World Series
Show More
RDU to unveil 'Carry On' campaign
Novavax says COVID-19 vaccine shows 90.4% overall efficacy
Some residents against Raleigh's East End Market now give green light
Critical bus driver shortage forces reduction in service
Missing 93-year-old Raleigh man found dead at Jordan Lake
More TOP STORIES News