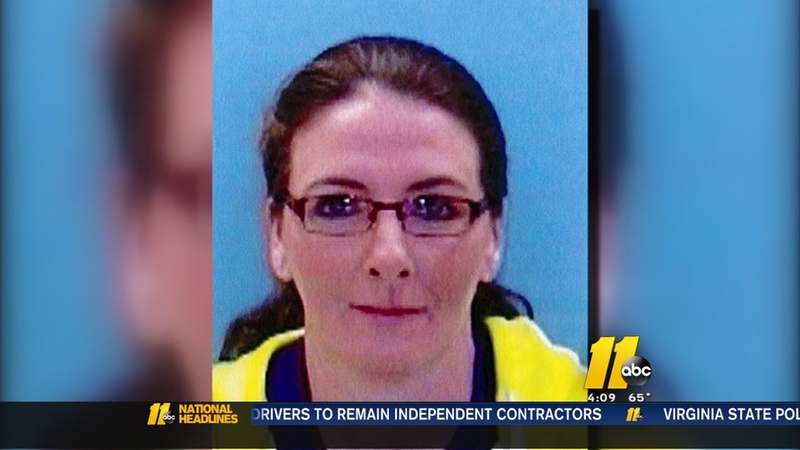 SMITHFIELD, N.C. (WTVD) -- Bridgette Morgan Smith was named a person of interest in a case where the remains of two babies were found under a Smithfield home, but police have not commented on potential charges she may face.

Detectives with the Smithfield Police Department found and spoke with Smith on Thursday. Authorities said Smith came to the police station on her own.

Police spoke to Smith about the ongoing investigation of trash bags containing the remains of two infants found under a home at 102 Hartley Drive on April 16.

Smithfield detectives met with the Johnston County District Attorney on Friday to discuss charges in the case, but officials declined to elaborate. Authorities have not said if Smith is in custody.

Smith's family told ABC11 that Smith is not with them and she is not welcome with them.

On Wednesday night, Smith's family spoke out for the first time since police named her as a person of interest in the investigation.

The family found those remains, in trash bags, after trying to string cable under the home. Hayley Fugate lives in the home. She's engaged to Smith's brother, James Morgan. She was there when he opened the trash bags to see what was inside. Fugate said what they saw is an image that will stay with her forever. She also said right away they thought of Smith, especially with what they found with the remains.

"It had our towels and rugs," Fugate said. "We knew nothing about it. We didn't even know she was pregnant. She hid everything from us, she had a very private life. She didn't let us know anything. Nothing."

Fugate confirmed what was detailed in a search warrant that was released Monday. That they believe Smith has been pregnant multiple times.

"Like the warrant says, she's been pregnant about ten times, that's assumptions, we don't know for sure. We have never laid eyes on those babies, but we think that there are more out there," Fugate said.

Smith's family also said she has been fighting a drug addiction her entire adult life, mainly struggling with cocaine and meth. As of right now, three of her children can be accounted for. According to that search warrant, one child was adopted out when Smith was a teenager. Two others are with family. Smith does not have custody of any children.

Fugate said she herself has been with the family for eight years. In that time she's known Smith to come and go months at a time. In the search warrant, Smith's mother, Pamela McBride, said there were times her daughter was visibly pregnant, but would deny it when asked.

"She would stay gone months at a time. When she finally came around, she would act like nothing was wrong," Fugate said. "She'd walk in and be fine. We could be standing face to face and she would be big and she would just say she was fat. She would never say she was pregnant ever."

When asked what the family knew, Fugate said nothing. She said all they had were their suspicions of pregnancies and that they had no idea those babies were under the house.

There is one incident described in the search warrant that implies Smith had given birth in the home across the street from where the remains were found. According to the warrant, and from family, Smith was living in that home in 2005 with her grandmother, Rose Branch, and her mother, McBride.

An excerpt from the search warrants reads:

"Rose (who was nearing 80 years old at the time) notified Pamela that Bridgette (who again was obviously pregnant) had locked herself in the bathroom for hours with bathwater running. Pamela state that Bridgette appeared to have delivered the baby, and there was a blood trail leading from the bathroom to Bridgette's bedroom. Pamela does not know what happened to the infant delivered there."

Fugate explained that when "Micki," their nickname for Smith, had locked herself in the bathroom that day, she was home alone with Branch, the grandmother. She said at the time, Branch was very sick and dying of cancer.

Fugate said the last time they heard from Smith was on April 6.