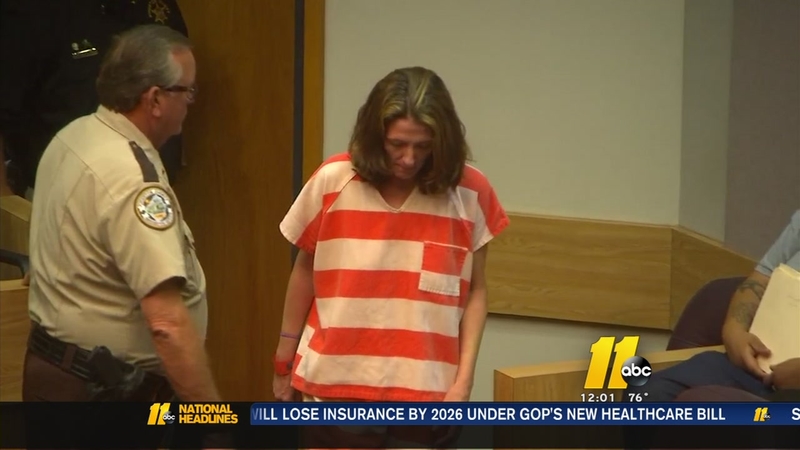 SMITHFIELD, North Carolina (WTVD) -- A woman wanted in connection with last year's discovery of the remains of two infants under a home in Smithfield appeared in court on Tuesday.

Bridgette Morgan Smith is charged with failing to report the deaths.

Authorities arrested Smith in Flordia on Friday and extradited her back to North Carolina.

Family members found the remains in trash bags at the home on Hartley Drive on April 16, 2016, while trying to string cable under the home.

Last year, Smith's family said that she has been fighting a drug addiction her entire adult life, mainly struggling with cocaine and meth.

While in court, Assistant District Attorney, Andrew Tamer, expressed why he thought she should be convicted.

"Ms. Smith did feloniously conceal the death of an infant, by not notifying any authority within the jurisdiction and lacing that infant within a garbage bag," he said.

However, she feels Smith shouldn't get mercy.