Can your boss fire you for not showing up on a snowy day? 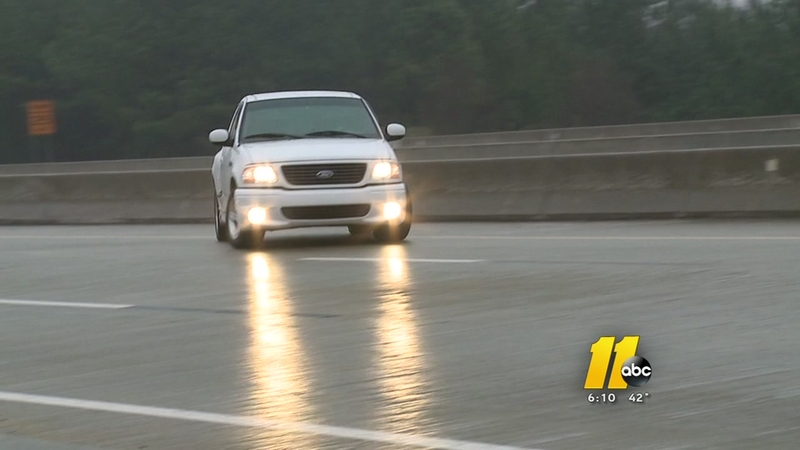 Can you be fired for not going to work on a snow day?

RALEIGH (WTVD) -- If you wake up the morning after a snowstorm and decide it's unsafe to get out on the roads to go to work, you'd better hope your boss agrees.

If he/she doesn't, you could be fired and there is likely no legal recourse for you or any other worker who goes against their company's wishes.

Mary Mackey works in downtown Raleigh and told ABC11 when winter weather hits she is concerned about what the roads will look like by rush hour.

"In a state like this where we don't have the same kind of infrastructure, the roads might not be cleared," Mackey said.

Co-worker Sam Howes is from Massachusetts where winter weather is bad and laws for workers are good or at least better than North Carolina.

"I think an employer has the right to do what they want with their employees, make decisions for their business, he said. "But I also think there's a human element to business that you have to be cautious of."

But North Carolina is what's known as an "at-will" state.

While that sounds like it's all about the workers, it's not.

"What it really means is in North Carolina an employer has the right to terminate you for any reason or no reason at all. It can be capricious, it can be arbitrary," Raleigh attorney Rob Lane told ABC11.

Lane says employers only have to follow federal anti-discrimination guidelines but other than that can fire any worker for any reason or no reason at all.

Lane, who has handled some high-profile employment cases, says there is one possible loophole - based on public policy law - that hasn't been tested in court.

And it all depends on North Carolina's governor.

"If he declared a state of emergency and then you didn't go to work and they terminated you for that, would that be a violation of public policy because the governor's come on and said, 'We're in a state of emergency. Don't get on the roads,' Lane said.

He added, "So if you do that are you violating the public policy of the governor saying don't get out there and drive?"

The bottom line is a classic employee/employer conflict.

Lane says employees should talk to their bosses about company policy and their feelings toward workers who feel it's unsafe to travel to work.

These days many employees can work at home using a computer to access most of the resources they have in the office.

And if someone is threatened with termination they should offer to make up the time missed.