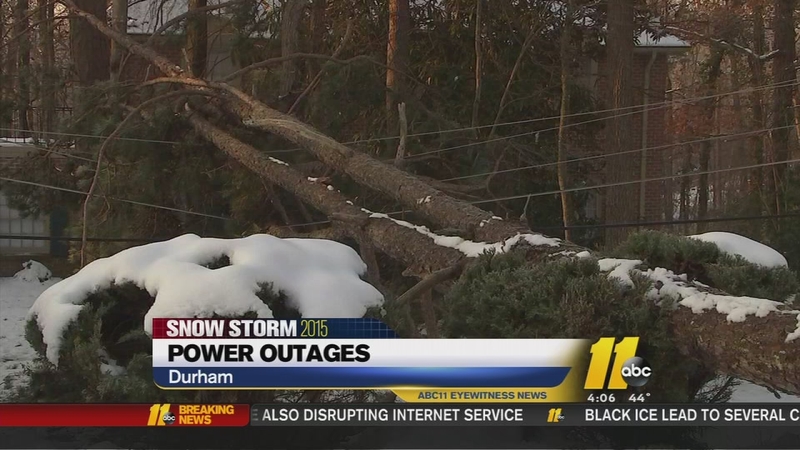 A winter weather advisory was in effect during the morning hours due to patches of black ice on highways, secondary roads, bridges and overpasses.

The road conditions forced many schools systems in the ABC11 viewing area to cancel or delay classes Friday.

Icy spots were to blame for numerous accidents and traffic backups, including a fatal crash that shut down Highway 87 in Cumberland County for hours. 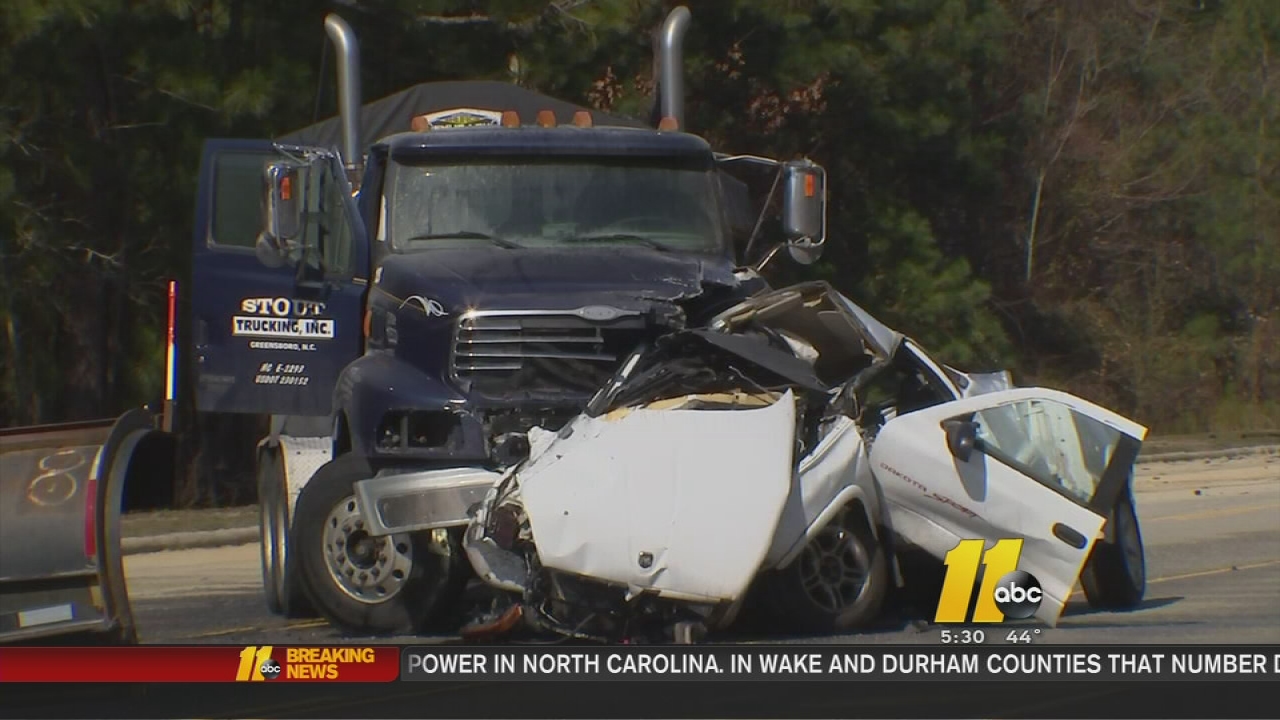 A 5-car crash shut down all eastbound lanes of Interstate 40 at Exit 295 for Gorman Street in Raleigh just after 7 a.m. and just before 8 a.m., a pickup truck overturned on an icy Interstate 85 near US-70 in Orange County blocking traffic in the area.

Eastbound I-40 at Wade Avenue in Raleigh was also blocked after one vehicle overturned and others slid off the roadway just as the sun came up.

Another accident blocked part of Raleigh Boulevard at Milburnie Road in Raleigh and knocked out power to the area after a SUV slid into an utility pole around 5 a.m.

Meanwhile, power outages are still a concern for thousands of Wake and Durham county residents.

As of Friday afternoon, more than 6,600 Duke Energy customers were still in the dark, which was down from a peak of 213,000 Thursday.

Click here for the latest outage numbers from Duke Energy.

Click here for the latest outage numbers from Dominion Power.

Multiple down trees from the heavy snow are to blame for most of the lingering outages.

VIDEO: Trees down across Durham 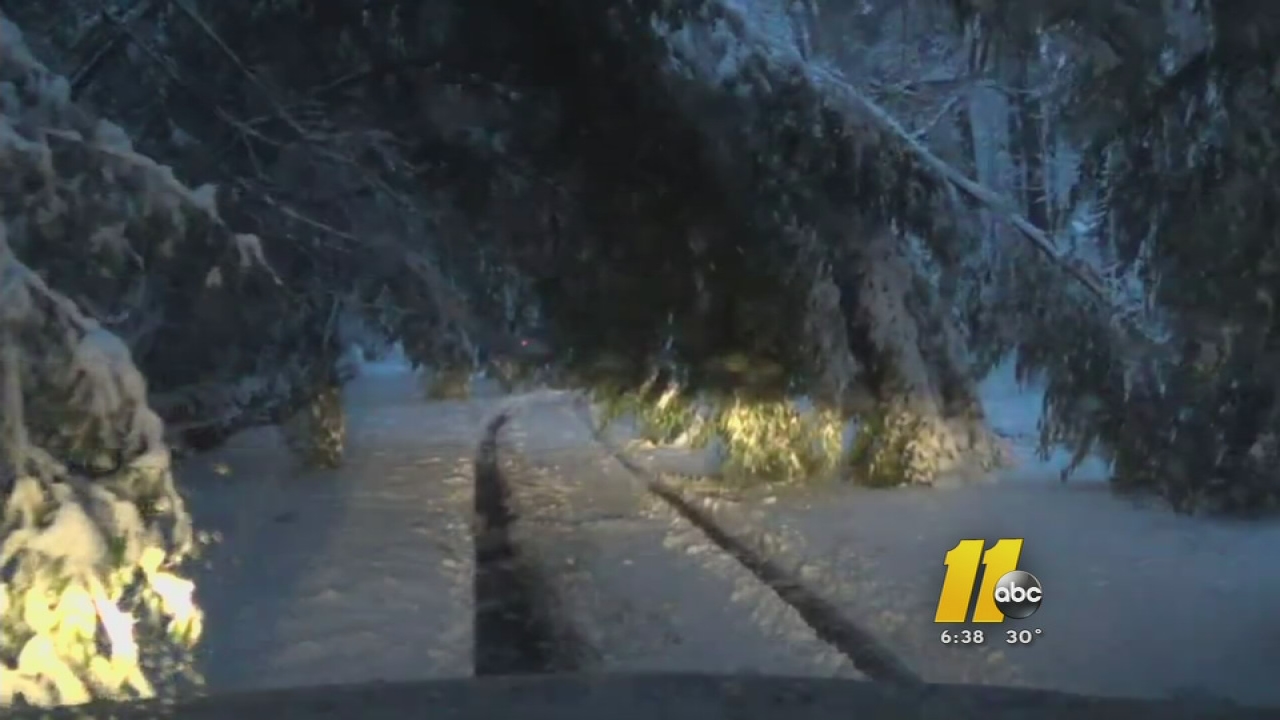 Power crews from Wilmington and South Carolina are working to help get power restored, although the process has been slow since workers have had to clear debris from trees before repairing down lines. Duke Energy said it could be as late as Friday night before everyone has their power restored.

Areas from the Triangle and areas north received the highest snow totals. Recorded amounts vary from 5.1 inches at RDU to 9 inches in Person County. There are reports from the north in Wake Forest where 6.5 inches was recorded, and Graham got 9 inches.

"It's not often that the entire state of North Carolina sees significant snowfall like we've seen this week," Gov. Pat McCrory said during a news briefing with reporters Thursday. "While it is beautiful, it also can be dangerous causing downed trees, power outages and treacherous driving conditions. Throughout the morning, we've seen driving conditions improve and we expect that to continue through the afternoon. We still have a lot of work to do in the next 24 hours." 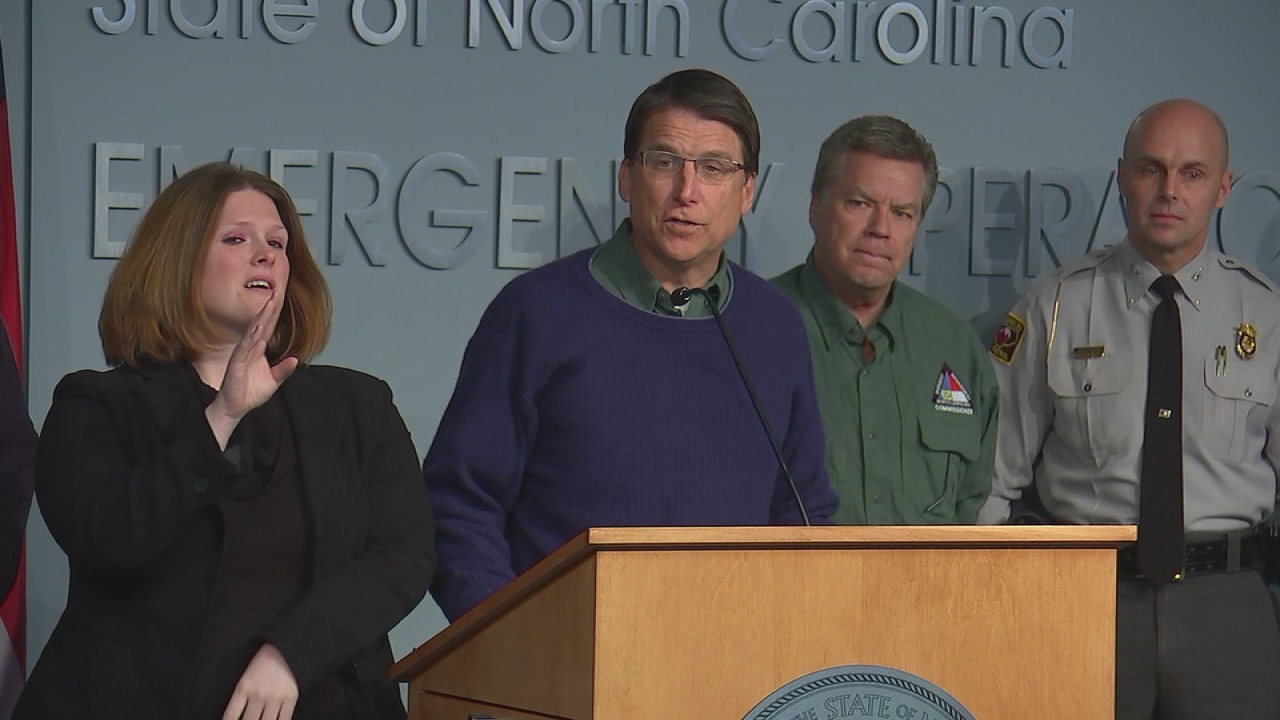 North Carolina Department of Transportation crews continue to work on plowing and treating roads across the state. The NCDOT said they had 86 trucks, 8 graders, and 34 contract trucks/graders working the roads in Wake and Durham counties alone during the Friday morning commute.

"I want to thank our hard working crews and other partners for their continued efforts through this latest storm," NCDOT Secretary Tony Tata said Thursday during a press conference. "While some of our state fared better than expected, road conditions remain treacherous in many areas, including the possibility of downed trees and debris, and we ask that motorists continue to use extreme caution and avoid travel if possible as we work to address all our roadways."

If you're out in the snow today, be mindful of falling branches like this one down at the State Capitol #ncwx pic.twitter.com/q0xmdfJArd

High temperatures on Friday will top out around 40, some 15-20 degrees below average despite occasional sunshine.

See more of your #ABC11Eyewitness Photos