'Becoming Us' stars talk about challenges of transgender life

WTVD
Ben Lehwald isn't sure if he can call his dad 'mom,' but that's exactly what Carly, formerly Charlie, would like the teenager to do.

Ben, 17, and his dad, Carly, are the focus of a new reality series that premiered on ABC Family this week called Becoming Us. They appeared on The View Friday to talk about the show and about Carly's transition.

"That gave me a chill through my whole body." - @NicolleDWallace to Ben from @BecomingUsTV pic.twitter.com/XNO3rjCmbV

When Ben told Carly about his idea for the show, Carly said she was blown away.

"I looked at him and I went, 'Wow. That's a pretty advanced and amazing thought,'" she said.

One motivation for doing the series was to show that other teens who may be experiencing the same situation that they are not alone.

"Being a teenager as it is," Ben said, "It's hard. But we're all working, and at the end of the day we all love each other a lot."

"I think we're a normal family. But we're definitely becoming--we're a part of something... becoming more normal." pic.twitter.com/YTJZqlKuQR

Ben's mom Suzy Crawford said it has been hard for her, too.

"I was quite devastated and scared and angry. My marriage, the traditional marriage, was over," she said of when she learned the news. "When I saw Carly walking around with makeup and women's clothes, I was immediately afraid that people would judge me."

Carly's ex-wife and son have learned to approach the transition with love and understanding, though, Carly said. She hopes others will be able to as well.

"We need to get past the point in time, so you can walk down the street without getting pointed at, mocked at, laughed at," she said. "Some common decency and respect, that's what we need." 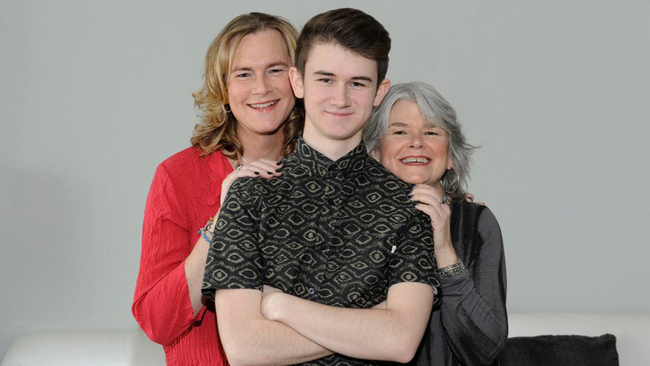 'BECOMING US:' Stars open up about life in transition 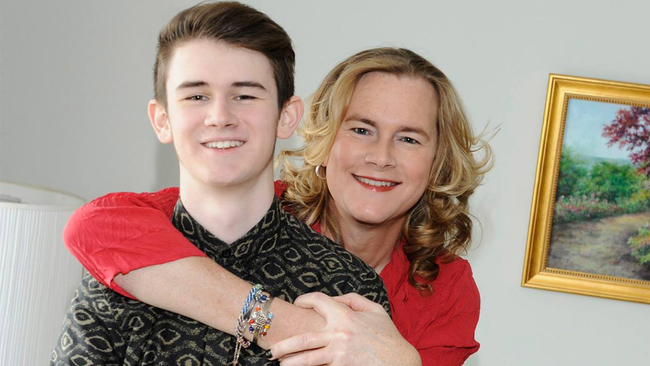