'A painful thing:' Black Triangle veterans reflect on Vietnam War and the racism back at home 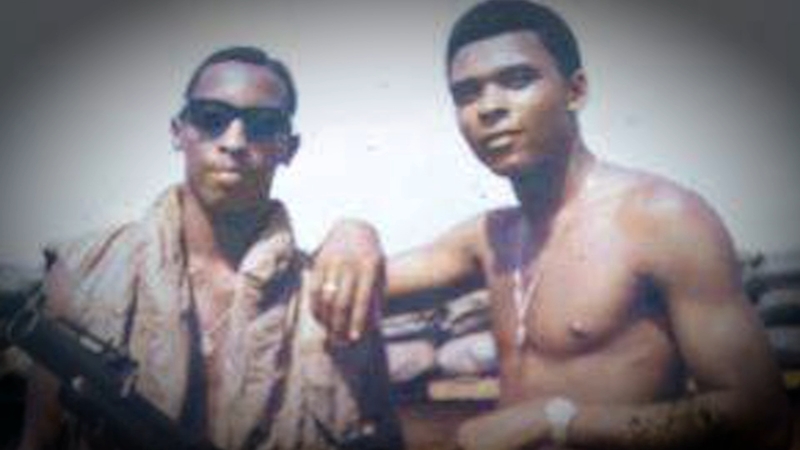 DURHAM, N.C. (WTVD) -- Oscar-winning director Spike Lee spent this Memorial Day promoting his upcoming film that shines the lights of Hollywood on the plight of African-American soldiers who served their country during Vietnam and the racism they faced when they returned home.

It's an experience that black Vietnam vets here in the Triangle hope gets the attention it deserves.

"I just dreamed two weeks ago, the Army was putting me back in uniform and sending me back to the jungle," said U.S. Army veteran and Purple Heart recipient Ken Dula.

The Durham barber and preacher had just moved to the Bull City in 1968. And on that same terrible week when civil rights icon Martin Luther King was assassinated in Memphis, The 18-year old Dula was drafted to go fight a war he describes to this day as pure hell.

"It was more like a nightmare -- is this real? Could I possibly be in this situation having to go through this," Dula recalled.

Lee's newest work, "Da 5 Bloods", coming soon to Netflix, tells the story of four black veterans who return to Vietnam in search of their fallen squad leader and buried gold they think he left behind. But it's also the story of race in America in the 1960s -- a civil-rights battle being fought here and the thousands of black men fighting for a country, only to return home as second-class citizens.

“That was a painful thing after serving your country, coming back and knowing that you still had to be second-class.”
• • •
On this #MemorialDay, black Vietnam veterans from the Triangle reflect on the horrors of war and the racism waiting for them back here at home#abc11 pic.twitter.com/hmkDLev0WY

"And that was a painful thing, after serving your country, coming back and knowing that you still had to be second class," Dula said. "It was very disgusting and I was angered."

Charles Rodman is the same generation as Dula but grew up in a segregated Raleigh. Rodman wasn't drafted, he enlisted in the Army at 18, believing fighting for his country might improve his standing when he came home.

"I thought it would make it a little bit better. But it didn't make it that much better," Rodman said. "I made certain decisions in my life and changed my condition and perspective on life."

NC Central University professor and playwright Brenda Womble first turned Dula's story into a book and then brought it to the stage.

"I was inspired to write this story because it's really personal to me," said Womble, who in 1970 was married to a man whose brother was killed in action in Vietnam.

The stage play's title, "Guns of Ava," is a reference to Dula's first love who he left to go to war.

"The devastating part was (Dula) leaving her and he had to carry that pain of separation into a war in the midst of a civil-rights movement where back home his people were being killed and brutalized," Womble said.

"Guns of Ava" was set for its fifth performance in March, but the pandemic put the play on hold. The show's website will update when production resumes.