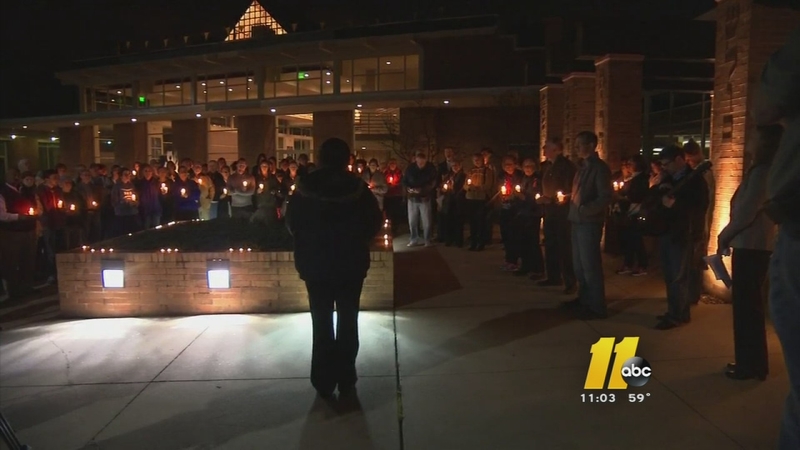 The event outside Judea Reform Congregation in Durham was one of 500 events happening across the country this week commemorating the third anniversary of the Sandy Hook Elementary School shootings.

As much as the vigil was to remember the victims of gun violence, it was also a renewed calling for lawmakers to reform gun laws in North Carolina and nationwide.

"There's a lot of rhetoric around the right to own guns and there's a lot of money that the NRA has and I think that sort of pushes the conversation in a not safe place," said Gale Adland, a member of Judea Reform Congregation.

Organizers and speakers expressed the need for expanded background checks and promotion of gun safety.

"We need to make sure that people who have a proven track record of being a criminal or have anger issues or who are intent on using a weapon to hurt someone else does not get that gun in the first place," said Wesley McMahon, a North Carolinians Against Gun Violence volunteer.

"I'm sorry we have to have this vigil." #EndGunViolence vigil, Judea Reform Congregation in Durham @ABC11_WTVD pic.twitter.com/tnD0auuQtE

Effie Steele was one of the many speakers at the vigil. She told the story of her daughter Ebony, who was shot and killed in 2007 by a man Steele said had abused her daughter. That man was also the father of Steele's unborn grandchild who died that day.

"She's not a stat," said Steele. "These people who have lost their lives are not statistics. They're people."