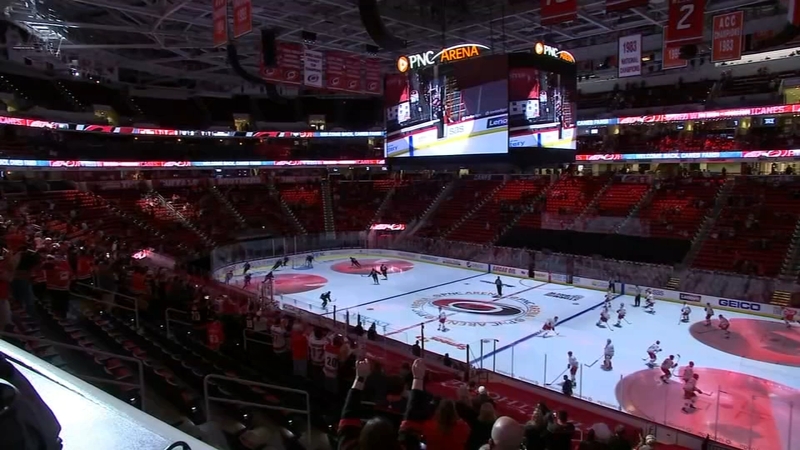 RALEIGH, N.C. (WTVD) -- If you lost track, it was February 28, 2020, the last time Canes fans were allowed to cheer them on in person. So, Thursday night was no small deal -- while the vaccine is monumentally important in beating the COVID-19 pandemic, for Canes fans, tonight was a huge turning point.

"It's the atmosphere in there. You can feel the excitement of everybody else. And you feed off that," said Cheryl McNeil said as she became one of the few thousand Caniac fans to watch the team in person in over a year.

Wendi Brant was here, too. She says her husband couldn't be happier.

"My husband was tired of me yelling at the TV," she said describing the months of being forced to watch the games on television rather than in person. "He's like, 'When are they going back?! When can you go back to Canes games?!'"

We've missed y'all. We're ready to welcome back the Caniacs 🙌#LetsGoCanes pic.twitter.com/1Q0oJjEE2o

The Canes rolled out the welcome mat. But the first game back with fans brought big changes: no tailgating, mandatory face masks, no cash or paper tickets -- all of that is contact-free now, the seats are now grouped in pods socially distanced at least six feet. And capacity is maxed at 3,000 fans.

"There's just been a lot to do with all the protocols we had to follow," Canes GM Don Waddell said in an interview with ABC11. "We are only going to open once. We gotta make sure we do it right."

RELATED: Raleigh ready to ease back in to special events and festivals amid pandemic, larger ones still in limbo
EMBED More News Videos

Raleigh City Council began laying the groundwork for a comeback for the city's events scene. Starting April 1, the city will allow special events on a case-by-case basis.

Father and son, Jeff and Joseph Sigman seemed satisfied with the safety protocols in place.

"We've been looking forward to it," Jeff said. "And (the Canes) have done a great job of doing a lot of the things. It seems safe."
Joseph added, "I don't know about it feeling normal, with COVID still going on. But it's definitely exciting to be back."

For some of these Caniac die-hards, it was about more than hockey.

"Yes, actually, I just beat cancer!" said Sara Williams who says she was diagnosed with Hodgkin's lymphoma last August; spent the past six months in chemotherapy; and now with a clean bill of health came to watch the Canes.

"It's like a glimmer of hope you know, just happiness all around," she said. "So I'm hoping for another good game tonight." 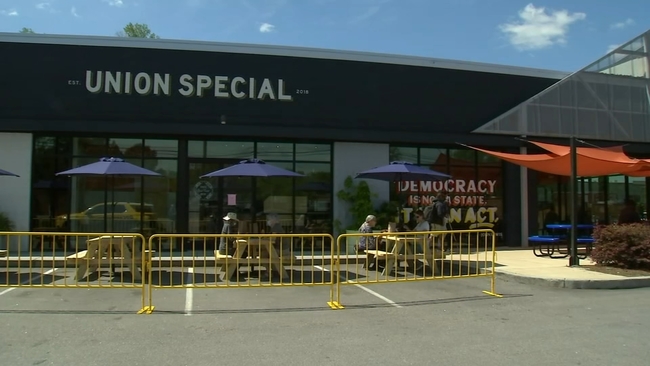 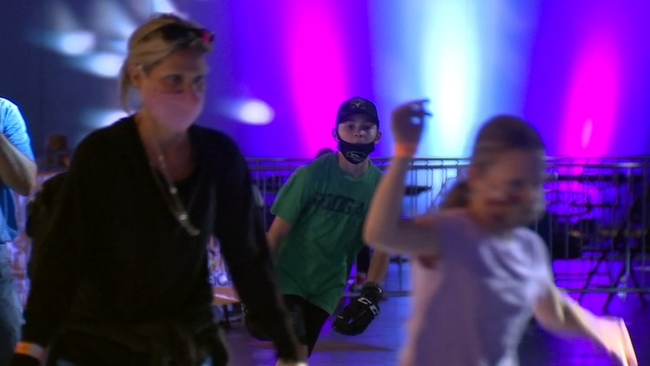