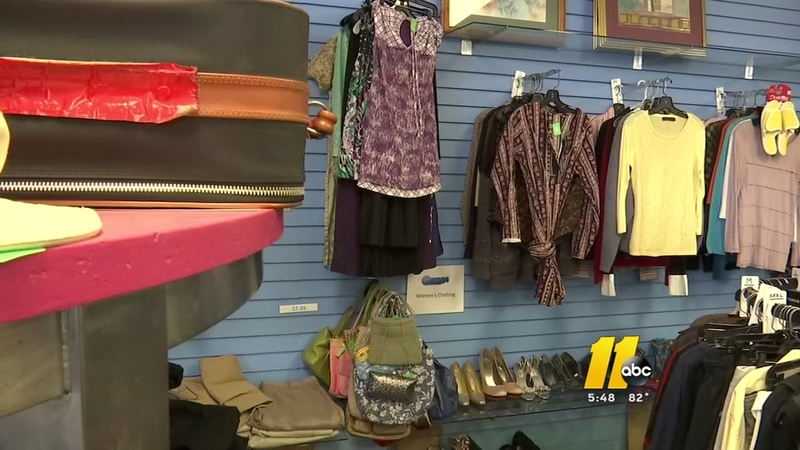 CARY, NC (WTVD) -- A Cary thrift store is offering customers the chance to volunteer for two hours in exchange for $15 in-store credit.

"People come in and they see the sign and as soon as they come in, it's one of the first things - how can I get $15," explained Kraig Bantle, the owner of Garage Brothers Thrift Store.

He credited an employee for coming up with the idea.

"Being able to get anything for free or discounted rate is always awesome. I mean I think we have good prices on the stuff here as is, but then you throw the extra $15 on top of it, and it's great. Because there are people who are moving into a new apartment or college things that need stuff. We've had some older folks that came in who weren't able to afford something and they were able to do it with the $15 credit," Bantle said.

So far, nearly 10 people have taken part in the offer since it was launched a few weeks ago.

One of those volunteers is Dennis Nuenke, who has pitched in by organizing and cleaning around the store.

"Great idea, especially there's a lot of people who might be a little bit in need of something, don't have the extra money," said Nuenke, who has volunteered twice so far. "It'll be a chance for them to work."

Bantle noted there are no restrictions on who or how often somebody can volunteer.

The business works with several organizations throughout the area, even holding a monthly Charity Day.

"Anything that we can help the community with, it's awesome that we can add something new to the mix," Bantle said.

With plans to close their Raleigh Warehouse, Bantle says they'll have plenty of inventory to story through.