WTVD
By Tim Pulliam
PITTSBORO, N.C. (WTVD) -- Concerns of another clash at the former site of a Confederate monument were mounting in Pittsboro.

The monument that once stood at the historic Chatham County courthouse became the site of protests for and against the monument even after it was taken down earlier this week.

Despite the seemingly continuous amount of protests, there were no visible protests of the Confederate statue to be seen on Sunday evening.

The only visible sign of support ABC11 found were flowers laying where the statue once stood. 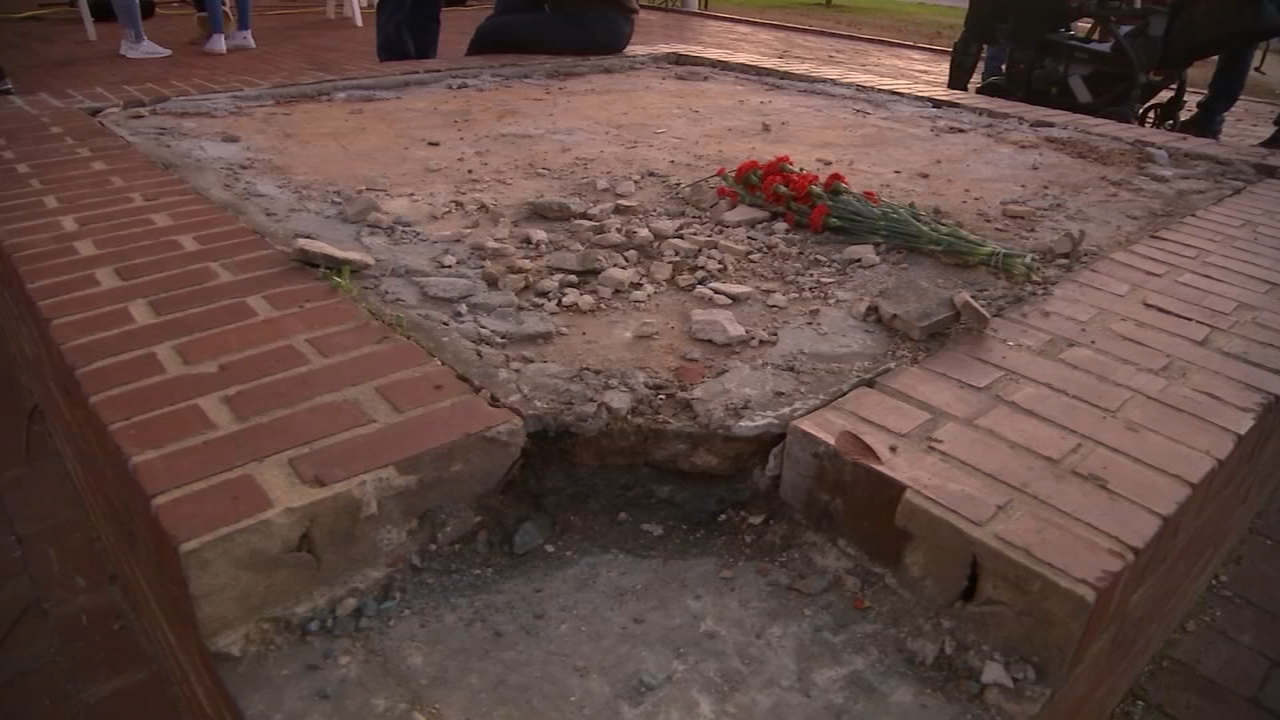 For the most part, people were enjoying the holiday celebration on Hillsboro Street. People gathered around to listen to a children's band.

During the event, ABC11 talked to Chatham County residents about the absence of the 112-year-old statue.

"I think there is a lot of unstated purpose in those statues. I don't believe it's an innocent thing," stated Geo Desocio, a resident of Chatham County for nearly a decade.

Lifelong resident Stephen Scott opposes the takedown of the statue.

"I don't really understand why it's gone. The whole reason behind it. What started it all-other than people not even from around here wanting to stir something up."

The sheriff tells ABC11 that on Saturday there were about 40 protesters by the statue on both sides.