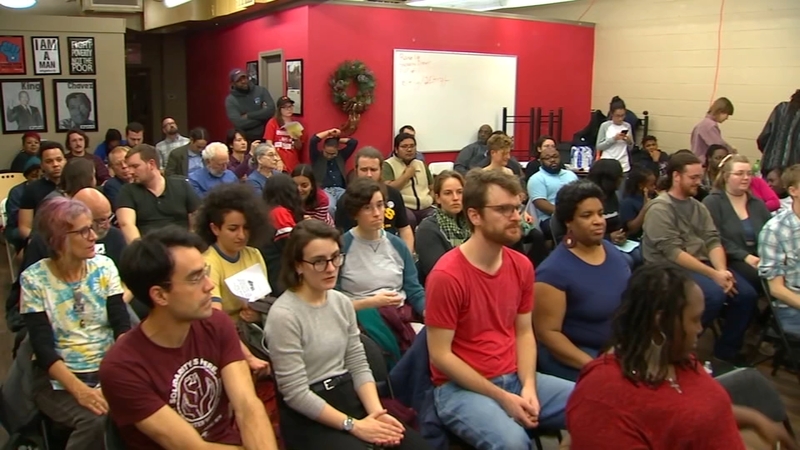 DURHAM, N.C. (WTVD) -- The Tobacco Workers International Union building in Durham was host to the Durham City Workers Union meeting Monday evening as supporters and city employees, both current and former, met to discuss their grievances.

"We need to investigate (city of Durham) Human Resources," one employee said to the sound of applause. "These grievance procedures are terrible! They are heinous," he said.

HAPPENING NOW: City of Durham employees are asking the city to improve the grievance process. They say too many workers are retaliated against and either resign or fired for filing complaints and addressing concern. #ABC11 pic.twitter.com/ShTU2SITvH

Current and former employees met to discuss their concern with how the city handles filing of grievances. The employees alleged too many workers were either fired or had no choice but to resign after filing complaints with management.

In a Sept. 2019 letter by a former Parks and Recreation employee, allegations of toxicity, staff ratios and a lack of resources were made against management.

That letter was later addressed by city manager Tom Bonfield, who did not find merit in the employee's detailed accounts.

The letter also requested city management to refer allegations and an investigation to an independent party as city workers were not confident in the handling of such complaints by Human Resources.

"The Director of Human Resources and the Deputy City Manager were assigned joint responsibility to conduct this investigation.I am very confident of their objectivity and capability to conduct complete, thorough, and unbiased investigations of this nature and reject any notion of lack of honesty or capability in this regard," Bonfield replied via email.

A crowd of supporters are calling for action from the @CityofDurhamNC to improve their grievance policy. #ABC11 pic.twitter.com/EwOs2Z2NBZ