MINNEAPOLIS, Minnesota -- The families of Daunte Wright and George Floyd came together to comfort each other and push for justice after both of their loved ones died in encounters with police officers in Minnesota.

"I'm in Minneapolis today to demand justice for Daunte Wright and George Floyd," Crump tweeted. Crump is representing Wright's family after he was shot to death on Sunday by an officer who authorities said apparently intended to deploy a Taser, but instead fired her handgun during a traffic stop.

I’m in Minneapolis today to demand justice for Daunte Wright and George Floyd! I will be joined by the Wright and Floyd families, and co-counsel @Jeff_Storms, at a 12PM CT news conference at the Hennepin County Courthouse. pic.twitter.com/JmfLejJxGS

"This is a bittersweet moment. It is somewhat gratifying that we have George Floyd's family here," said Crump at the briefing. "They thought that it was important to comfort Daunte Wright's mother and father and family."

Wright was 20 years old. The "accidental discharge," as former Brooklyn Center, Minnesota, Police Chief Tim Gannon described it, sparked protests in the area. The Twin Cities region has already been on edge since the trial of former police officer Derek Chauvin, who was charged in Floyd's death, commenced in Minneapolis, not too far from Brooklyn Center.

Floyd, a Black man, died after being questioned by police for his attempt to use a counterfeit bill. Video of the incident shows Chauvin pressing his knee into Floyd's neck, as Floyd lays on the ground saying, "I can't breathe."

The state Bureau of Criminal Apprehension, which is investigating the Brooklyn Center shooting, identified the officer as Kim Potter, a 26-year veteran who has since resigned after being put on administrative leave.

Wright's parents also said they "can't accept" that their son's killing was just a mistake.

During the briefing, Aubrey recalls the moment she was on the phone with her son and she could hear police officers asking him to get out of the car. That's when Wright hung up the phone and Aubrey said she thought he was arrested.

Aubrey said she called back and a woman who Wright had in the car with him told her the news her son had been shot to death.

"That was the last time that heard from my son and have had no explanation since then," she said.

Crump has served as legal counsel for Floyd's family since Floyd's death last year. Last month, the city of Minneapolis reached a $27 million settlement with the Floyd family over his death. 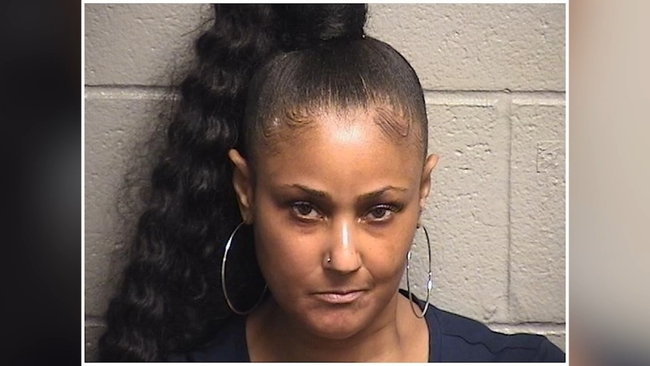