OAKLAND, Calif. -- Builder Gene Gorelik dressed in an elf outfit and stood on a lift inside the Oakland Home Depot homeless encampment on Friday morning.

The money was a part of what Gorelik calls an Economics game, his solution to the homelessness crisis. He showed up at the Home Depot on Friday to offer each encampment resident $2,000 to leave the property.

Gorelik was dressed in an elf costume as he was offered the encampment residents $2K to leave. Residents tell me they thought he did this to “embarrass” them and make them “feel really low.” Gorelik told me he wore the outfit to be seen. #Oakland #Homelessness pic.twitter.com/ogBcmhcyHJ

"I mean-- what you saw this morning is what the Home Depot customers and employees face," Gorelik said. "These people have no respect for decency, civility."

Maria Fuentes showed ABC7 News around the encampment. She's lived there for five years. She thinks Gorelik pulled his stunt to embarrass residents.
"Make us feel really low and demoralize us," Fuentes said. "I mean he just came to offer us money like we were going to jump out there and grab the money. For what?"

Gorelik's move sparked a protest, but the frustration over the encampment is far-reaching. Home Depot is considering closing the store.

"It's good people," Gorelik said. "They're being overrun,"

"I don't understand that," Fuentes said. "A lot of media says a lot of things that Home Depot has never expressed to us."

Here are some images from the homeless encampment at the #Oakland Home Depot. The store is considering closing. Encampment residents tell me more resources could help them get on their feet and off the street pic.twitter.com/Z8E1ATDzrt

When asked what she thought was the solution to the homelessness crisis, Fuentes said, "I think it's a lack of resources. I think there's a lot of outreach now, but I think we need something like a resource center, a resource board."

'Cave syndrome' keeps some in social isolation as COVID improves

COVID vaccine mixing trials begin in US and UK 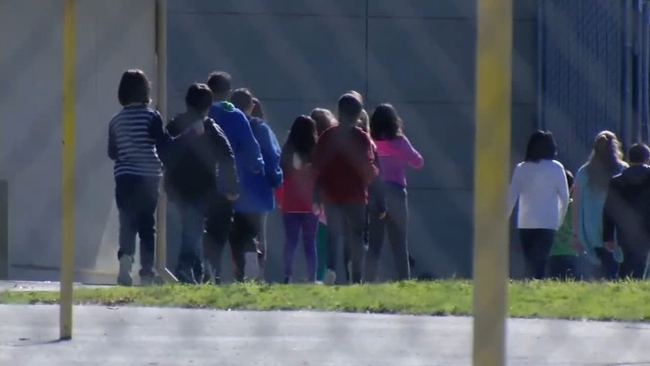 When 12 to 15-year-olds could get vaccinated