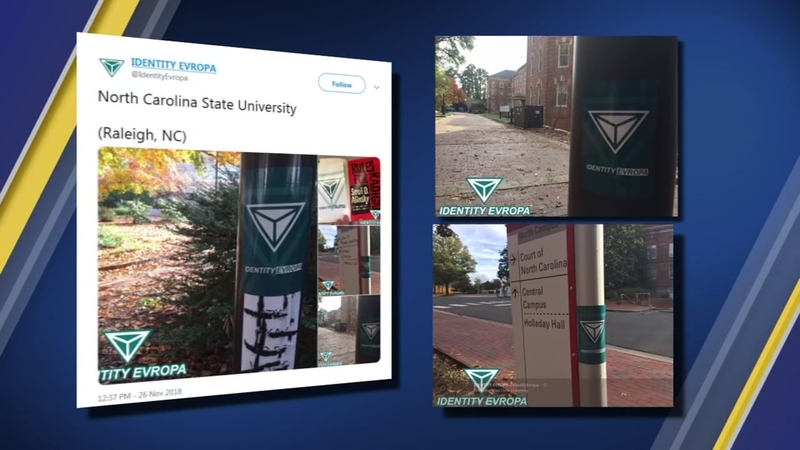 Stickers promoting a new-Nazi group have popped up on Duke’s campus. I’m being told university police are investigating. #ABC11 pic.twitter.com/GOVLVIotPZ

According to the Southern Poverty Law Center, the organization aims to recruit college-aged men and transform them into the new face of white nationalism.

Identity Evropa boasted on Twitter how it left its mark on the university.

One user replied back "well done" and another wrote "great work."

The stickers were found just days after a red swastika was painted over a mural, which was meant to honor the 11 people killed in a mass shooting at a Pittsburgh synagogue.

Two Duke students question if the back-to-back incidents were done by a fellow student. "All these different hate crimes are scary," said Sam Ditesheim.