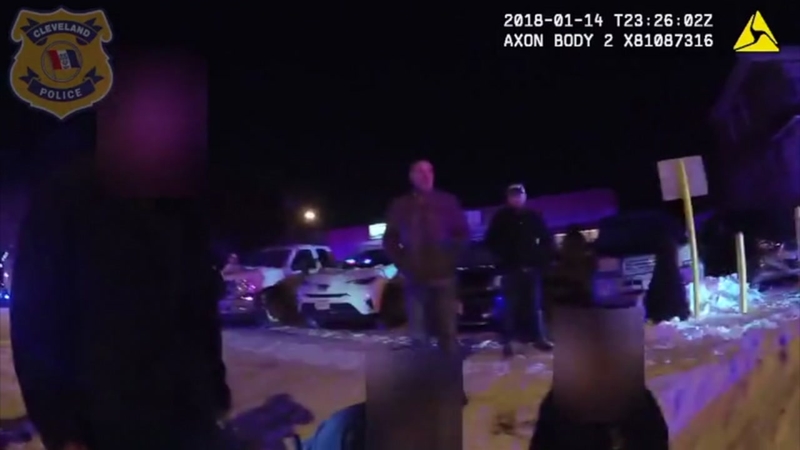 CLEVELAND, Ohio -- In shocking body camera video out of Cleveland, police said Cleveland EMS refused to help them transport a man who was shot 16 times to the hospital.

Cleveland police said they were forced to cross the border into Euclid to help a bleeding man, so they asked their EMS to cross over the border to help as well.

"They got EMS coming but they're coming from South Euclid. Can we see if one of our guys can come over here a little faster?" police asked.

According to police, Cleveland EMS refused to help transport the man to the hospital saying it wasn't in their jurisdiction.

"Our EMS won't come," police said. "Their EMS is coming from South Euclid. That's why I asked if they would come over here. They won't come because it's in your city. Even though it's our victim they won't come."

Cleveland officers were left to scramble to figure out what to do with the man who was shot and pleading with them for help.

"Notify Euclid we're coming in with a male with gunshot wounds. It's taking too long for EMS to get here," officers said.

The Cleveland officers lifted the man off the ground and placed him inside of a police cruiser.

The police raced from the scene and rushed the man to the nearest emergency room.

Police say they have no word on the injured man's condition.