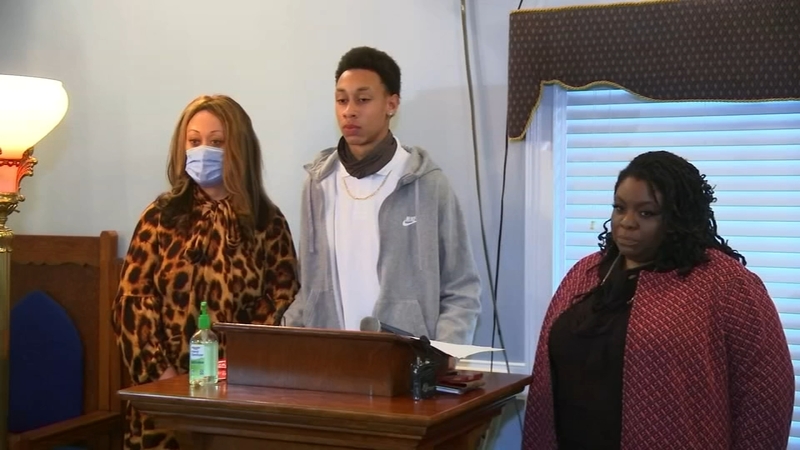 FUQUAY-VARINA, N.C. (WTVD) -- The Fuquay-Varina Board of Commissioners heard calls for change at a Tuesday meeting after a 14-year-old was handcuffed for a crime he did not commit.

On January 30, Malcolm Ziglar was in his front yard with a friend. Fuquay-Varina police officers pulled up and within seconds both boys were handcuffed.

Malcolm and his dad bought a dirt bike on Facebook marketplace. The teenager fixed up the bike to resell it, never realizing they bought a stolen bike.

Ziglar's parents said officers ignored pleas from Malcolm to get his father. Malcolm's friend was released after he told police he was not involved in the sale.

Ziglar's mother Ty asked that the body camera video be released without edits and asked for an individual citizens' review board to review concerns and police actions.

Commissioner Harris said his heart goes out to the family and introduced a motion for the existing public safety committee to meet and make recommendations to the full board. The motion passed with the commissioners agreeing it was an important start to move the community forward.