'If anyone could make it back, it would be her': 6 months after plane crash, Fayetteville woman shows sign of recovery

WTVD
FAYETTEVILLE, N.C. (WTVD) -- Nearly six months of being in a coma following a small plane crash at the Gray's Creek Airport, a woman's family says there was a remarkable breakthrough.

Twenty-six-year-old Dominique Northcutt's recovery has been long and hard. Northcutt was one of four injured after a small plane crashed at the Gray's Creek Airport back in February. She was airlifted and hospitalized at UNC-Chapel Hill.

Northcutt's father, Marvin, says she returned home in July where she's been ever since with her mother, JB Northcutt, being her primary caregiver giving round the clock care. He says doctors told him she would be a vegetable forever, at one point even telling the family to take her off of the ventilator, but they chose not to.

RELATED: 'I still have my faith in God:' 3 weeks after plane crash, Fayetteville mother continues to pray for recovery of daughter

"I had some doubts, but I thought if anyone could make it back, it would be her," Marvin told ABC11.

Their perseverance paid off Wednesday. Marvin says she responded in a way she hasn't since the plane crash.

The family believes despite the doctor's diagnosis, they believe Dominique will be making a full recovery.

Marvin says, "Her test is a testimony. I just think when she makes it back, she'll have quite a story to tell."
Report a correction or typo
Related topics:
societyfayettevilleroad to recoveryplane accidentwoman injuredfayetteville
Copyright © 2020 WTVD-TV. All Rights Reserved.
ROAD TO RECOVERY 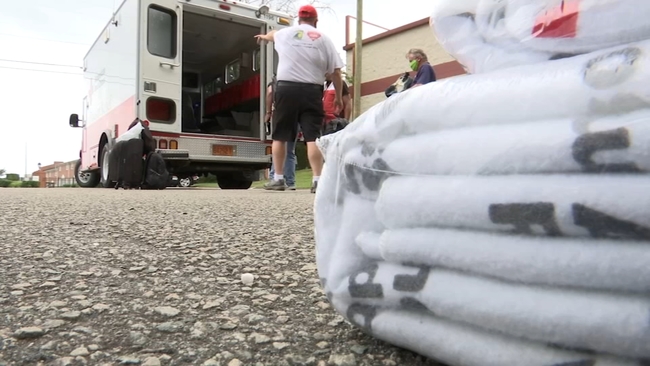