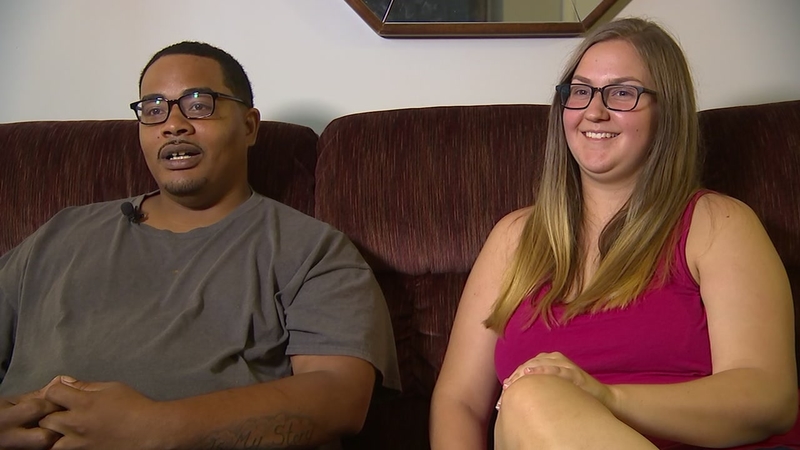 KNIGHTDALE, N.C. (WTVD) -- A Knightdale man turned $5 into $250,000 with a scratch-off lottery ticket, allowing him to finally marry his fiancé who was just diagnosed with thyroid cancer.

Fredrick Richardson would not describe himself as a lucky person. He says that his childhood wasn't easy, he doesn't know his dad, and he grew up in foster care.

"You know how Lifetime movies are? Anything you wouldn't want to happen to a child, I've been a victim of it," Richardson said.

Richardson would say he's blessed. He has a fiancé, Bailey Creech, and two kids.

At the end of July, Richarson stopped by a gas station in Zebulon. He bought a $5 scratch-off lottery ticket. At first, it appeared he had made his money back, and then some. Richardson said he thought he'd won $250.

But a few more flicks of the coin would reveal a much greater prize. "I just started crying. I said 'God is good!'"

At first, Creech sat in disbelief. She now sees the win as a blessing.

"I believe God has his hand all in this," Bailey confessed, "I do not doubt this for a second."

It was around the same time Richardson won the lottery that Bailey was diagnosed with thyroid cancer. The money comes as a relief.

"I think that for me, that's been the best part of all of this. I can go to sleep and not think about the water bill," Creech said.

Now as Richardson heads to work, Creech has a new item on her schedule - planning a wedding. The couple said that it's always been the plan, but money has kept the vows just out of reach.