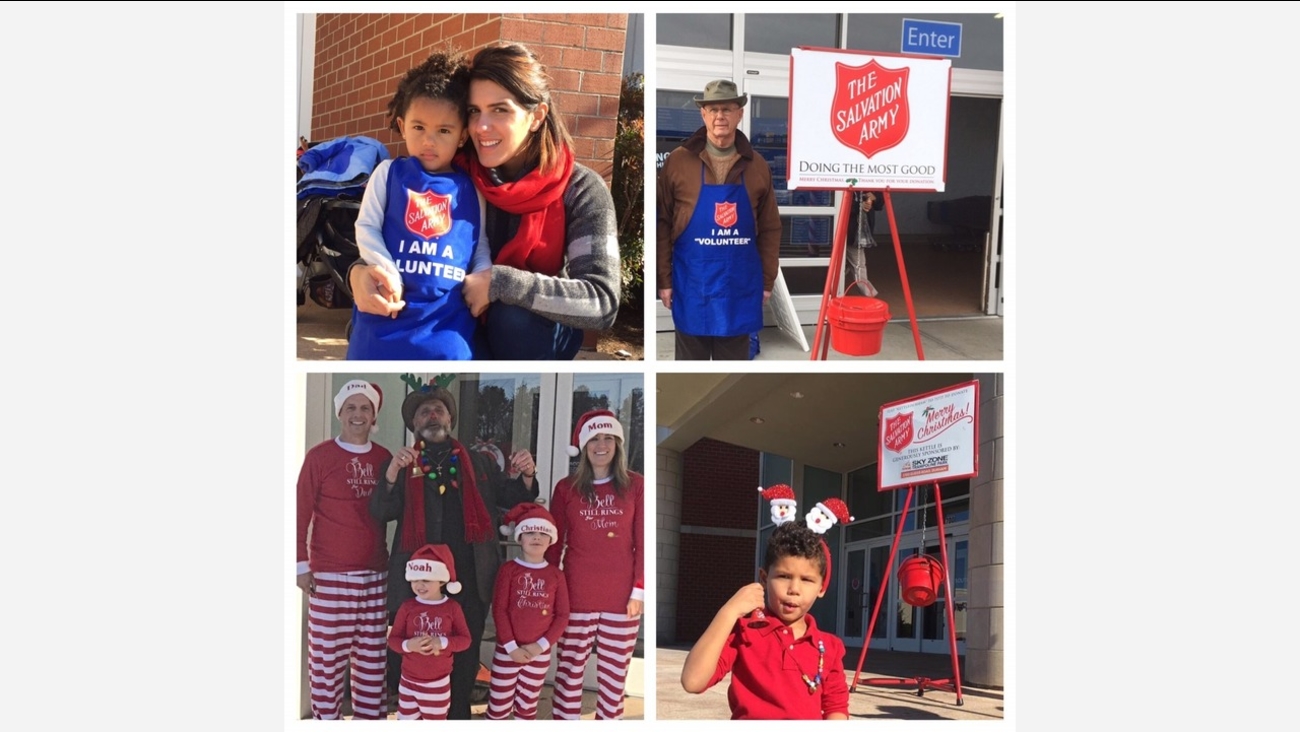 DURHAM, North Carolina (WTVD) -- It's not even Labor Day yet, but for the Salvation Army of Durham, Christmas time is here.

"We were thinking about Christmas in January," says Katherine Bellamy, spokesperson and Volunteer Coordinator for the Durham office. "We never stop thinking about it. Christmas is our biggest fundraising opportunity."

And for the Salvation Army that means recruiting bell ringers. You know, those dutiful souls you see standing by those red collection kettles ringing that golden bell. Although the bell ringing won't actually start until November 11th, the Army is trying to sign up as many people as possible NOW.

"We need as many volunteers as will show up," Bellamy says. "We have around 30 locations that we're planning to have this year in Durham, Orange, and Person Counties, and we are ringing through December 24th, Monday through Saturday. Ideally, if I could have a ringer for every single day I'd be set."

The goal this year is to collect $175,000 through the kettles alone. The money raised helps to run Salvation Army programs year-round, such as emergency services, the food pantry, and the Boys & Girls Club. On average, one hour of volunteer bell ringing brings in enough donations to:


One person they can count on is volunteer Meg Solera, who's been an active bell ringer for seventeen years, the last ten in Durham.

"It really lets you connect with the needs of the community," she says. "Oftentimes people who have the least are the ones who come by that kettle and drop some money in because they really want to help other people. They understand the need."

Solera does her bell ringing as part of the downtown Durham Rotary Club, one of many groups who volunteer together to help with the Army's fundraising. That adds to the fun.

"We have families that come out," says Bellamy, "and they'll get dressed up in their Christmas outfits and come ring together. We had a basketball team and they were in their uniforms. ROTC groups come out, dance groups come out, cheerleaders. Any kind of group that you can think of. They can dance and have music, they can chant. It's just a great time."

And Meg Solera would certainly agree. She plans once again to join her Rotary friend, Vince -- a professional tuba player -- and hit the streets once more in a few weeks to raise those much-needed funds for the Salvation Army.