Lidl cancels plans to build in Cary, developer suing for breach of contract 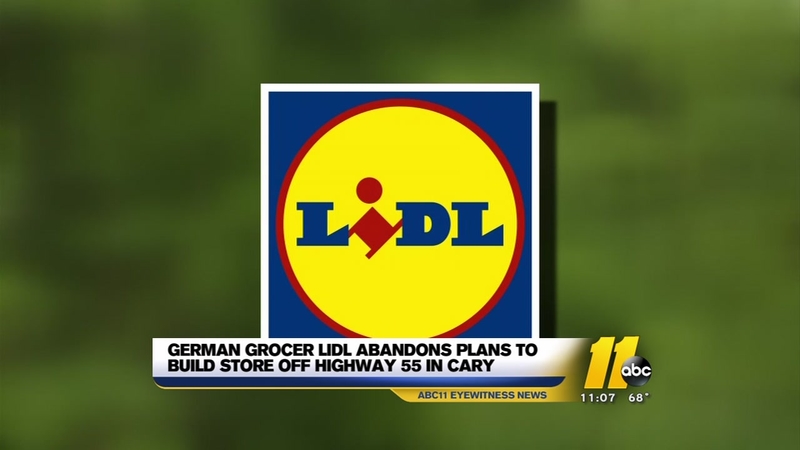 Lidl cancels plans to build in Cary, sued for breach of contract

CARY -- Another company is scrapping plans to open in Cary.

German grocer Lidl has abandoned plans for a 35,000-square-foot store in the town.

The Leon Capital group confirmed to ABC11 that they are suing the grocery store giant for breach of contract and for pulling out of projects to build in Cary, Wilmington, and Charlotte.

The lawsuit states "this action arises from Lidl's fraudulent and deceptive conduct and its intentional and wrongful termination of certain agreements, contracts, and promises with Leon regarding three real estate development projects in North Carolina."

"Lidl's actions are deeply troubling and have created unanswered questions. Are there additional private sector or even public sector financial obligations that Lidl has failed to meet in North Carolina? We understand that Lidl has accepted huge sums of taxpayer-funded incentive money. Small businesses and taxpayers deserve a full accounting of what Lidl has done."

The building was supposed to break ground off N.C. 55 north at McCrimmon Parkway.

Construction in the area is still going on -- but town officials say it will have to go on without Lidl.

Emails show the company notified the town on April 27 that it was closing its project plans for the area.

A Cary planning manager said construction on apartments is moving forward as planned.

This all comes only weeks after major retailer IKEA dropped its plans for moving into Cary.

Cary homeowners were disappointed Tuesday to learn one more chain is cutting ties.

"I don't like it," said resident Sue Thiveault. "I think we can use more variety of grocery stores and different things around here so I'm kind of bummed to find out that we had a store that was going to bring more business and variety and now they're pulling out."

Cary officials say they've wanted to redevelop the entire strip since before the recession.

Now there's a Whole Foods and other retail already next door.

Planners say they're optimistic that the value of the space will be realized and someone else will find it's a good fit for them.

Lidl sent out this response:

Lidl is a company that takes its business responsibilities seriously, and we have exceeded all of our commitments to the State of North Carolina. More broadly, Lidl US has brought new retail options, lower prices, and thousands of jobs to the communities in which we operate along the east coast. Our customers have given us positive feedback, and we look forward to continuing our expansion and opening more stores in North Carolina and across our markets along the east coast.

When we have an opportunity to present our case, it will become apparent that the allegations in the complaint are without merit. We look forward to the opportunity to respond and will be vigorously contesting the claims made in the lawsuit.
Report a correction or typo
Related topics:
societycaryreal estate developmentbuilding code violationdevelopment
TOP STORIES
Missing 93-year-old Raleigh man found dead at Jordan Lake
Heating Up, Stray Showers Tomorrow
Naftali Bennett becomes Israel PM, ending Netanyahu's rule
What to know about the delta variant first detected in India
Rash of mass shootings stirs US fears heading into summer
French President Macron says US is 'definitely' back
NOT REAL NEWS: A look at what didn't happen this week
Show More
1 killed, 2 seriously hurt in fiery Fayetteville crash: Police
Wake County 18-year-old educating NC communities hit hard by COVID
NC plantation cancels event depicting slave owners as fugitives
Knightdale police looking to ID greenway trail assault suspect
Advocates seek justice in the police killing of Andrew Brown Jr.
More TOP STORIES News