Decades later, friendly man still looking for a room at The Carolina Inn 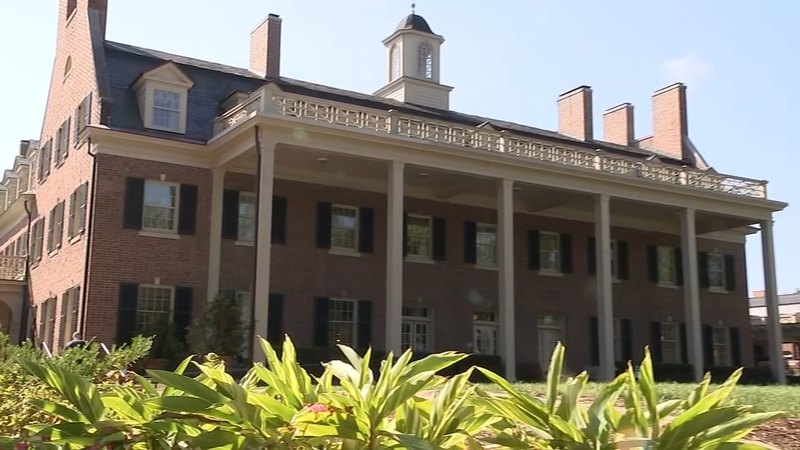 Man at the Carolina Inn still looking for a room

CHAPEL HILL, N.C. (WTVD) -- Is there a haunting at The Carolina Inn? If the rumors are real, the answer is yes.

Built in 1924, The Carolina Inn sits on the corner of Cameron Avenue and Columbia Street in Chapel Hill.

"It was built kind of like the living room of North Carolina, " said Sarah George-Waterfield with Heart of the Hills Tours.

Inside The Carolina Inn, it's light and airy; sophisticated and up-to-date.

The man who is rumored to haunt the second floor is thought to be friendly.

"The main sort of focus of the rumors of the hauntings is one person named Dr. Jacocks," George-Waterfield said.

Dr. William Jacocks lived in The Carolina Inn from the 1940s until his death at the Inn in the 1960s.

Several dozen reports of activity have circulated from random smells of flowers, rumpled bath mats, pianos that played in the middle of the night, and curtains opened. But, Dr. Jacocks is best known for locking guest doors, particularly in the room he lived in - room 256.

"... to the extent that they actually had to take the door off the hinges to be able to get back in," George-Waterfield said.

When The Carolina Inn underwent renovations, Dr. Jacocks' room was made into multiple rooms. George-Waterfield says that was in part to mitigate some of the hauntings, but even with the new technology of electronic key cards, the doors are "still being locked out to this day," according to George-Waterfield.

It's reported that Dr. Jacocks is always looking for an open room.