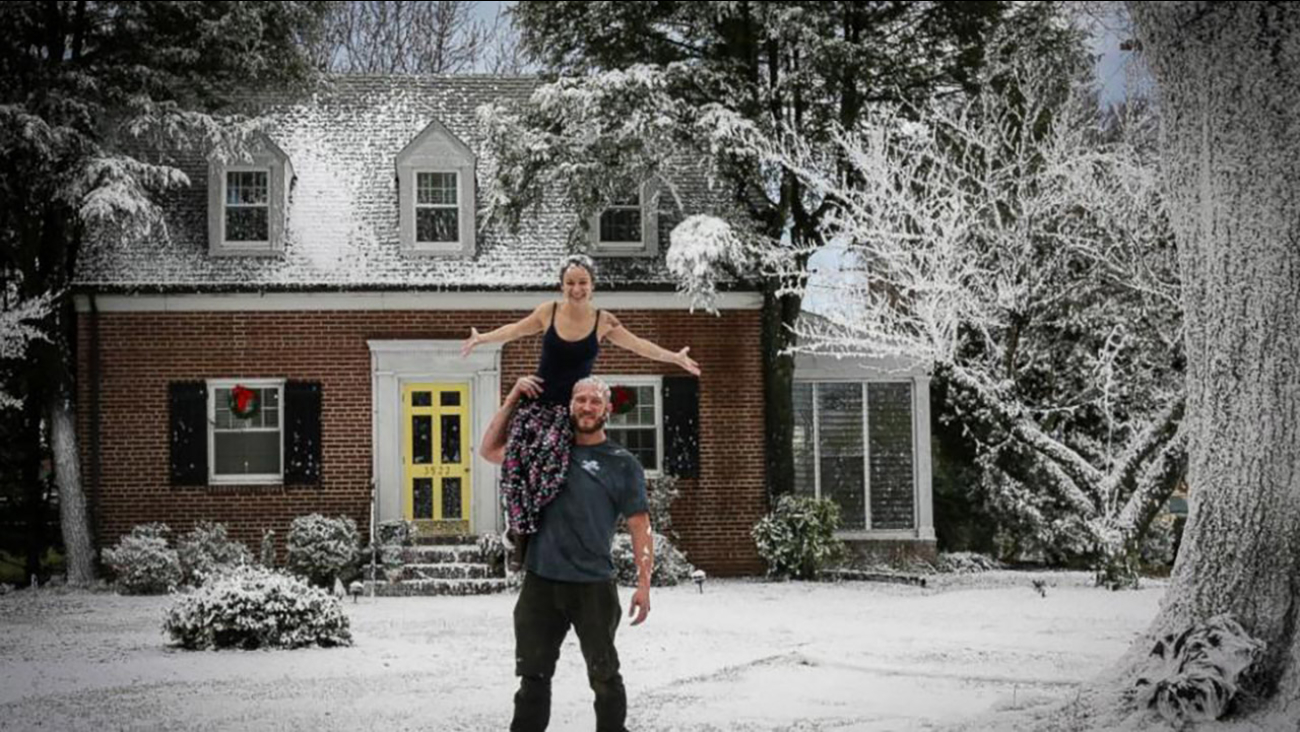 ABCNews
RICHMOND, VA -- Temperatures may have felt like spring on Christmas Day in Richmond, Virginia, but there was snow on one of the city's lawns, thanks to a husband who surprised his wife.

Trever Smithson, who works in special effects for TV and film, heard his new bride, Kourtney, lamenting that she had never seen it actually snow on Christmas and created fake snow to give her a winter wonderland on a day when temperatures reached the mid-70s.

"A month or so ago, when the warm weather hit, I told him that I don't remember it ever snowing on Christmas day," Kourtney Smithson, 24, recalled to ABC News. "I just said, 'Maybe next year we can go somewhere where it will snow on Christmas. I really want a white Christmas.'"

Kourtney, who like her husband is a Richmond native, says her husband never said anything else about her wish. On Friday, Christmas morning, Trevor, 30, told his wife he had a few things to work on outside while she got ready to go to her parents' house to celebrate the holiday when, before 1 p.m., the temperature reportedly reached a record high of 75.

"I was in the kitchen, which is in the back of the house, and he came in and said he needed my help," said Kourtney, a professional photographer. "I came out in my tank top and capri pajama pants and he turned on the blower and started blowing snow.

"I started crying, obviously, and he gave a very proud smile and put his arm around me while he was blowing snow all over the house," Kourtney added. "I think he was very pleased with himself as I was in shock and very happy."

The couple, who wed in October, were soon joined in their hot weather snowstorm by friends and family, neighbors and, according to Kourtney, pretty much everyone who drove by and stopped in awe.

"Everyone just stopped and played in it for a while," she said. "There was about six inches of it so we made snow angels."

The snow, which was created with a mixture of air, soap and water, remained on the sidewalk and on the front of the house throughout the day, according to Kourtney.

"It was definitely, by far, the best gift I've ever gotten," she said.