KTRK
NEW BRAUNFELS, Texas -- A Texas man is on a special mission to pay his respects to the victims of the Sutherland Springs church shooting.

Miguel Zamora, of New Braunfels, is walking 40 miles to the First Baptist Church while carrying a huge cross.

He said he hoped to deliver the cross to the church to commemorate the 26 lives lost in last Sunday's violent shooting.

The cross has 26 stars to represent each of the people killed. It weighs about 150 to 200 pounds, Zamora says.

The man admitted to having reached the point of exhaustion, saying he's tired and his shoulder hurts.

But, he continues on his journey today to make sure Sutherland Springs doesn't grieve alone.


ABC11 has decided to slowly reduce the number of stories on the website that have a comments section. We believe very strongly that our audience should have an opportunity to discuss and debate events in our world, however, we have not been able to moderate the comments as well as we would like. Instead of hosting a platform that could allow a few loud and ugly voices to dominate a conversation, we want to encourage everyone to join us on our social media platforms and speak out there. Facebook: facebook.com/ABC11 Twitter: twitter.com/ABC11_WTVD
Related topics:
societysan antoniotexas newstexas church shooting
Copyright © 2020 KTRK-TV. All Rights Reserved.
More Videos
From CNN Newsource affiliates
TOP STORIES 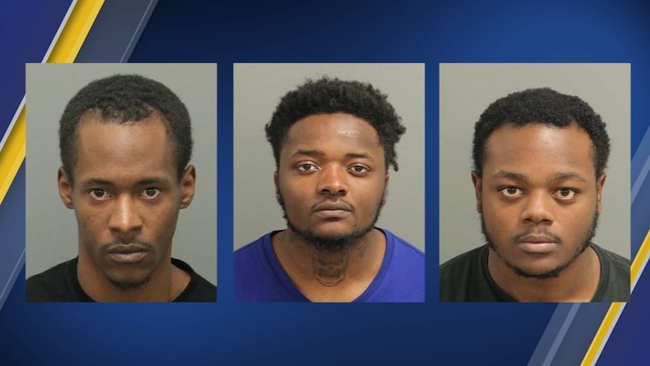