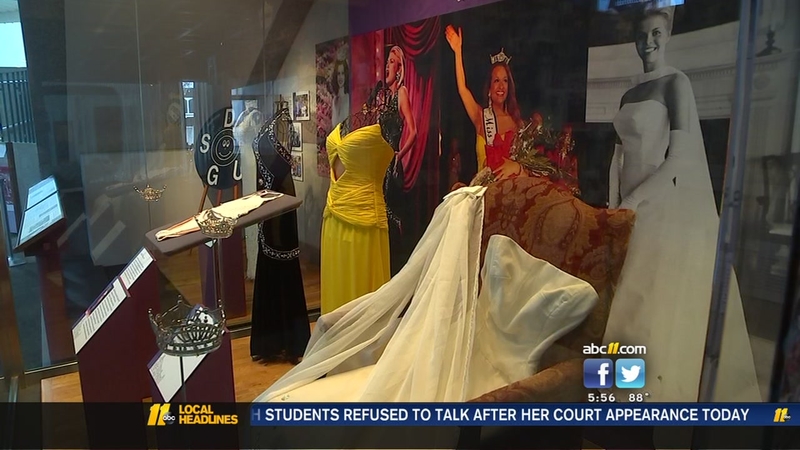 A new exhibit at the North Carolina Museum of History is honoring those women. Visitors can see what they wore and what they became.

David Clegg with the Sisterhood of Miss North Carolina said the fashion has changed over the years because pageant fashion is forward thinking.

"The one thing that is fascinating about pageantry is that people always tend to believe that from a fashion standpoint, it's very stayed," Clegg said. "But if you look at pageant fashion, it is very fashion forward. What you see on a pageant stage this year, probably in about 2.5 years you'll start seeing on a runway in New York."

And you can see it all in the exhibit, like the dress Penny Clark wore to the Miss America pageant in 1965.

And the yellow chiffon gown Jessica Jacobs wore in 2007.

This velvet beauty is on display too.

Visitors can see the dress worn by Kathy Fleming who was Miss North Carolina in 1977.

But the exhibit doesn't just show what they wore, it also highlights what these women became.

Clegg spotlighted eight women who either went on to get their Ph.D., or who became leaders in their field.

He said he couldn't spotlight all 80 because they've all done incredible things.

Clegg believes people have been dazzled by Miss North Carolina for 80 years because it was so deeply woven into the fabric of local communities.

"Every local pageant was a local event," he said. "You used the local high school band, you used the drama club from the high school. Everybody was engaged in the concept of the local queen."

And years later, that legacy is still strong.

"If you see a former Miss North Carolina, whether she's last year's or 40 years ago, they have a certain something," Clegg said. "You know that they have had an experience that they have brought to your conversation (which is) something that's unique and that's what the program is about, it's about changing lives and the cultural impact."

The exhibit will be up until Sept. 4.

You can vote on who will be in the final contention for this year's pageant.