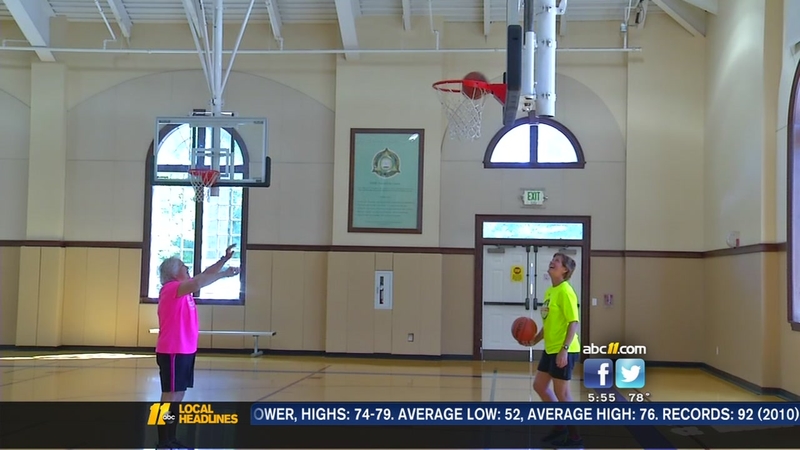 RALEIGH, North Carolina (WTVD) -- A local mother-daughter duo is out to prove age is nothing but a number when it comes to fitness.

Jackie Allison is 60 year-old, her mother, Frances, is 83, and the two have hundreds of Senior Games medals between them.

Fran, as she's know, is in the gym at least three times a week.

"I'm Senior Games all the way. All the way," Fran said.

"And they said 'oh, I sure am glad you're not in my age group,' " she said with a chuckle.

Her daughter, a class of 1974 Tar Heel basketball player, competes too.

Her basketball team came in second nationally their first year, now they're back in the national tournament and hoping for redemption.

And it comes despite tearing her ACL a couple years ago, practicing for the games.

"A lot of people would've quit at that point, but I wanted to keep playing because I had waited a long time to be a member of the Senior Games," Jackie said.

It's helped Fran fight through battles too - like the loss of her husband and overcoming breast cancer.

Now, in their golden years, after decades of mother cheering on daughter, the tables have turned.

"Trying to video, and trying to take a picture, and trying to cheer for her at the same time, and it would just bring me to tears just to see her doing what she was doing," Jackie said.

Both women were also selected as 2016 Humana Game Changers for their work in inspiring others in the community to stay active.