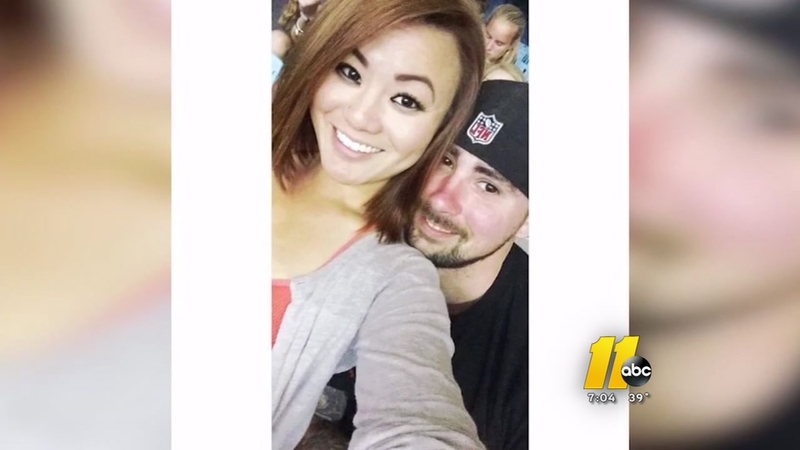 Jeannette Nash says the last month has been trying for her family after losing her son John Nash III in a wreck. Nash and his fiancée were riding a motorcycle when a Hope Mills teen crash into the couple.

"We're afraid to go to sleep because we're going to see visions of John and his fiancée. They were so happy," Jeannette said. "We had to empty his house and sell his car. It's been very difficult."

Investigators said the teen look down at her cell phone, which was used for GPS at the time.

The teen has since been charged with a misdemeanor.

"I look at it like a traffic citation. It's a slap on the wrist," said Nash's brother Jim.

"They need to make the lines clearly defined because what's on the books right now in North Carolina doesn't include the use of GPS. They do not include using apps while driving," said Nash's sister Amber Ball.

The family started a petition and has been collecting signatures.

On Saturday, many came together for a fundraiser at the Korner Pocket in Raleigh to support the family's mission.

Several people signed the petition while at the fundraiser.

Legislation has been filed in the General Assembly, but it is sitting in a Senate Committee.

The family believes that tougher laws could save someone else.

"We just got to stay positive and try to make the change happen," said Jim Nash.

ABC11 has decided to slowly reduce the number of stories on the website that have a comments section. We believe very strongly that our audience should have an opportunity to discuss and debate events in our world, however, we have not been able to moderate the comments as well as we would like. Instead of hosting a platform that could allow a few loud and ugly voices to dominate a conversation, we want to encourage everyone to join us on our social media platforms and speak out there. Facebook: facebook.com/ABC11 Twitter: twitter.com/ABC11_WTVD
Report a correction or typo
Related topics:
societyraleighdistracted drivinglawsnorth carolina news
Copyright © 2021 WTVD-TV. All Rights Reserved.
TOP STORIES
NC to vote on postponing Raleigh's 2021 municipal election
Win big prizes buy simply shopping in downtown Raleigh
130 mph Raleigh chase on I-540 ends in crash: Police
Tropical system could form off NC coast Monday
NC plantation cancels event depicting slave owners as fugitives
LATEST: Wake County holding vaccine boot camp
NC State knocks off Arkansas 3-2, advances to College World Series
Show More
RDU to unveil 'Carry On' campaign
Novavax says COVID-19 vaccine shows 90.4% overall efficacy
Some residents against Raleigh's East End Market now give green light
Critical bus driver shortage forces reduction in service
Missing 93-year-old Raleigh man found dead at Jordan Lake
More TOP STORIES News