Robert Hall -- who erected the pole and more than 400-square-foot flag last year on his property in Hillsborough --said he plans to file a lawsuit to keep it where it is.

"The flag does not bother anyone," Hall said Monday after a Board of Adjustment meeting. "All it does it sit on a pole and wave. People do things all the time that others don't agree with -- it's a free country."

Hall showed up with an attorney at the meeting for a public hearing but the board said it could not decide the legality of the flag ordinance enacted by the Orange County Board of Commissioners last year.

The Board of Adjustment agreed with the findings that Hall's flag is too big.

In April 2018, Hall said he decided to put up the flag on his property after Confederate letters were removed from the library -- he said the letters were donated by the Daughters of the Confederacy.

Hall went to get a permit to put up the pole that's more than 60 feet tall and then planned to add the flag to it.

A month later, Orange County Commissioners passed an ordinance that said flags could be no larger than 24 square feet or 6x4. Even after that ordinance passed, Hall thought he'd be OK.

He said planning office staff told him there were no height restrictions on the pole or on the size of the flag. He also was told that as long as he started work within the year, nothing could be done.

But in August 2019, Hall got a notice that his flag was too big; then he hired a lawyer.

"He thought for sure that they'd grandfather him in all the way around," said Constance Gergen Lowe, Hall's attorney. "If you're going to grandfather in the pole, then grandfather in the flag. I told him what he should do is put up another 60-foot flag pole and hang a picture of Martin Luther King Jr or Malcolm X from it and then really give people something to talk about."

Gergen-Lowe said they'll have to wait until the county starts enforcing the flag ordinance for them to file an injunction in superior court.
Report a correction or typo
Related topics:
societyorange countyhillsboroughconfederate flagorange county news
Copyright © 2020 WTVD-TV. All Rights Reserved.
CONFEDERATE FLAG 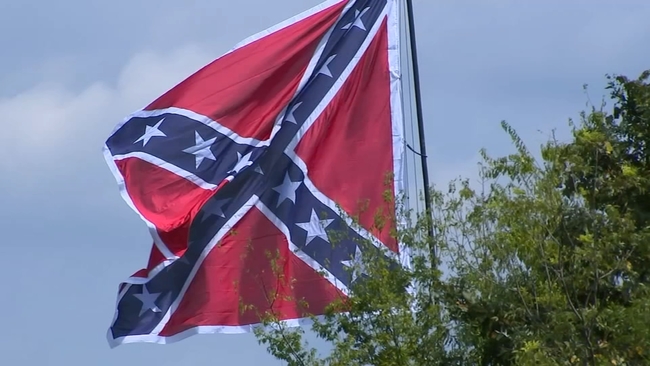 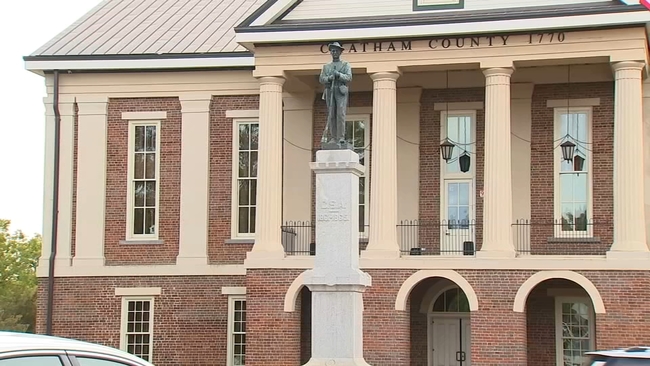 Man with Confederate ancestors says statue should be moved from Pittsboro 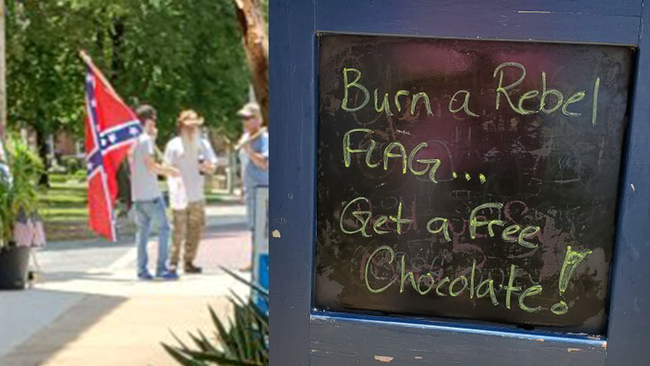