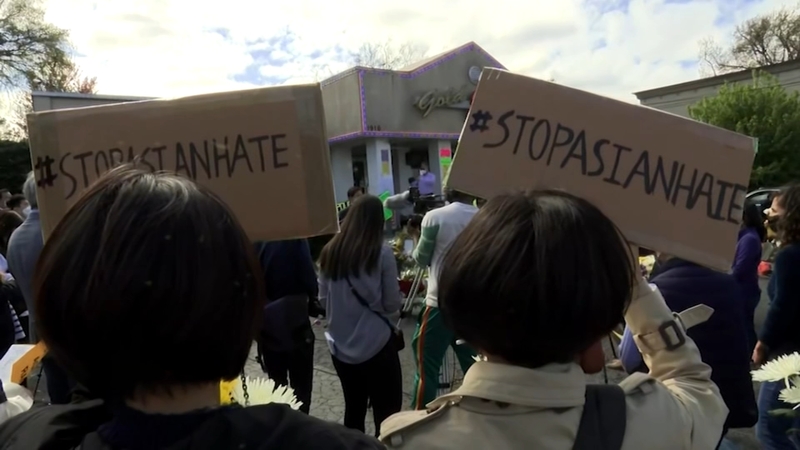 WAKE COUNTY, N.C. (WTVD) -- Jeanie Chang is one of the Triangle's leading therapists and has been dedicating a large portion of her time educating clients and businesses on diversity, inclusion and mental health matters.

"Emotionally speaking, psychologically speaking, socially speaking, we're a little bit worn down so it's really hitting hard," Chang said in a recent interview with ABC11. "I really see folks struggling more. And it's seeping into the workplace. I'm not saying didn't exist before. But what I'm seeing happening is because people have not put mental health at the forefront."

As an Asian American, Chang said she has watched her community react in silence to a lot of issues that affect the culture because of a stereotype called the model minority myth. A silent allegiance to the stereotype has been causing rifts in the community dating as far back as she can remember.

Chang said Asian Americans and Asian Pacific Islanders are taught to be silent.

"We're told to behave a certain way", Chang said, "And you end up perpetuating that by buying into it yourself. So that is part of the stigma...people expect me because I'm an Asian Pacific Islander or an Asian American, that I'm supposed to be healthy and successful. And so, traditionally speaking, we've been silenced, even if we try to speak up."

"We went through an identity crisis the last year. That's okay because what comes out of a crisis is change. And that's what I've seen. That shift toward that addressing the stigma is what I think is really powerful coming out of what's happening today," said Chang.

However, the culture and climate changed on March 16, 2021 when Atlanta Police say 21-year-old Robert Aaron Long shot and killed eight people, six of whom were woman, at three separate spas.

"I mean we started 2021 pretty rough already already fatigued from last year," Chang added. "But the Atlanta killing, I believe, really hit. It's not like a hit home. But by that point, we're very tired out, and emotionally distressed. So, Atlanta really threw some folks a little bit over the edge."

Long is facing hate crime charges and the death penalty in the mass murders.

Chang believes support, such the hashtag #StopAsianHate, and allyship from members of the Black community really helped move her community forward while dealing with competing and conflicting emotional responses.

"We can experience that we can be sad but happy at the same time... that's the blessing that came out of this is powerful allyship, and seeing people band together in the AAPI community across the globe that you wouldn't have perhaps seen that's the happiness the sadness is the tragedy and the killings and and the stress and the trauma that we're experiencing, but they can happen at the same time," said Chang.

In order to regroup, Chang suggests unplugging from social media, invest in the emotional wellbeing of your closest friends, pray, meditate and focus on building quality relationships.