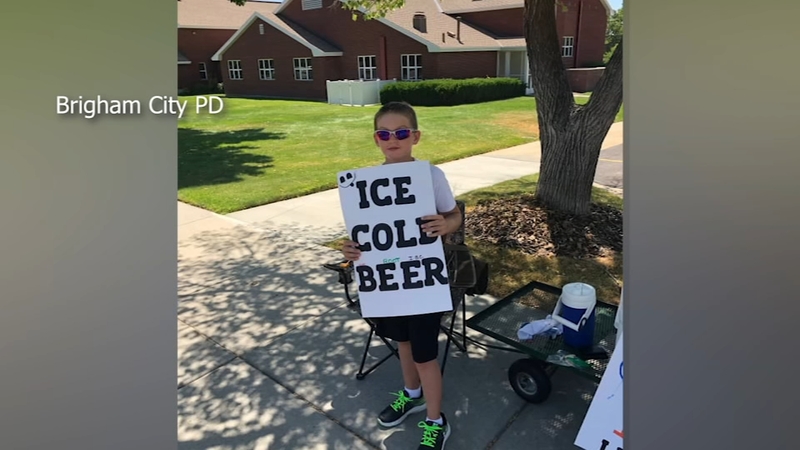 BRIGHAM CITY, Utah -- At just 11-years-old, a Utah boy is somewhat of an entrepreneur.

His name is Seth and he's drawing in the crowds with his stand in Brigham City.

Seth is also turning some heads with his "Ice Cold Beer" sign.

Of course, as KSTU-TV reports, he's not actually selling beer.

"And I thought of the hilarious joke - ice cold beer. Some people think it's funny because it's root beer," Seth said.

It certainly is getting a lot of attention.

However, Seth says, "The people who called the cops don't have a sense of humor."

"They did not read the fine print," Seth said.

Police were able to find the humor in it.

"We laughed. We laughed about it; it was great," Lt. Ferderber said.

It's hard work to be in the root beer game, but at the end of the day, the 11-year-old is getting eyes on his product.

One of his customers, Representative Lee Perry, stopped by Seth's stand to share a message from a well-known colleague.

"I represent this area, and Senator Mitt Romney sent a message to me, and he wants to send you a letter," Perry said.