Power back on after Duke Energy's planned outage affected thousands 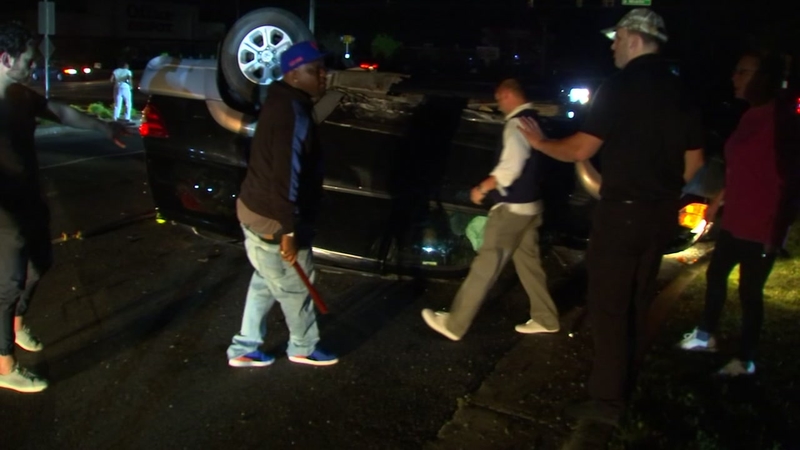 Bad crash at intersection without power

Five people escaped serious injury in a two-vehicle crash at an intersection where traffic lights were darkened by the outage.

The outage affected customers in the area of Research Triangle Park and neighboring communities. The power came back on about 10:30 p.m. -- 30 minutes ahead of schedule.

Duke Energy said the emergency repairs to the transmission equipment that serves the area are necessary because of possible storm damage Monday.

The outage began right on schedule, at 8 p.m. and was expected to last until 11 p.m.

"We appreciate your patience as we work to complete this repair," said Jeff Brooks, a spokesperson for Duke Energy.

LIGHTS OUT: RTP residents like Bobby had not heard the news of the power outage. We found him and his sister scrambling to make new plans tonight. They had invited friends over to watch a movie. #abc11 #dukepoweroutage pic.twitter.com/IJwORI3ga1

.
The outage mostly affected an area generally bound by I-40 to the north and the Triangle Expressway.

Drivers in the area should stay alert for possible stoplight outages.

At least one crash occurred in the area affected by the outage. A black SUV and a silver sedan were involved in a crash at South Miami Boulevard and Page Road, a four-way stop where the signals were dark.

The SUV flipped, trapping the driver, who was eventually freed and taken for treatment. Several children in the other car were shaken up but did not appear to be physically hurt.

LIGHTS OUT: @DukeEnergy's planned power outage in the Research Triangle Park area happened ON SCHEDULE.
8:00 on the dot, all the lights went out -- thousands of homes, hundreds of businesses. pic.twitter.com/xRmmVYLryt