RALEIGH, N.C. (WTVD) -- In downtown Raleigh Tuesday night they called it Solidarity with Elizabeth City. Demonstrators stood silent with signs at the foot of the Capitol.

Demonstrators want the public release of the body camera footage from Pasquotank County Sheriff's Office showing the shooting death of Andrew Brown Jr. in Elizabeth City last Wednesday.
"Everyone in Elizabeth City and here in Raleigh and North Carolina, the people standing here in solidarity with those people, we want to see the footage. We want accountability," said a demonstration organizer who identified himself as "Sunny."

“Release the real tape”
• • •
Demonstration in downtown Raleigh tonight ahead of tomorrow’s court hearing in Elizabeth City on whether to publicly release the body camera video of #AndrewBrownJr’s deadly encounter with Pasquotank County deputies. #abc11 pic.twitter.com/KlMWht366e

NC Central University law professor Irv Joyner joined ABC11 ahead of Wednesday's court hearing in Elizabeth City where a judge will hear arguments on whether to allow the bodycam tapes to be released to the public.

"Typically, the judges are pretty liberal in granting access to these tapes," Joyner said. "I would think that the judge would release all of it, certainly to the news media. "There is no opposition to it, unless it develops overnight."

Brown's family and legal team spoke out again Tuesday afternoon after being allowed, on Monday, to view what they say was just 20 seconds of Brown's deadly encounter with deputies.
"People are questioning, 'Well what about this and what about that.' It was an execution!" said family attorney Chantel Cherry-Lassiter who viewed the clip. "It was an assassination of this unarmed Black man and that is painful."

Back in Raleigh, Democrats gathered at the General Assembly press room to announce they were filing a bill to reform the state's five-year-old law on the release of police body cam videos.

The measure would require tapes be released within 48 hours of an incident; and no longer require a petition to a judge. It would put the burden on law enforcement, not the public, to get a court to block a video's release if police choose to.

"The people deserve transparency and access to justice at the end of the day," said bill co-sponsor Sen. Mujtaba Mohammed of Mecklenburg County. "And this bill accomplishes that."

Danny Britt, the Robeson County Republican who chairs the committee that would sign off on body camera law changes responded, "We are always open to talking about improvements... It should be said that, to my knowledge, the first request to a judge to release Elizabeth City body camera footage was submitted just yesterday, and a hearing has been set for tomorrow. It would seem very early, then, to label as broken a process that just began a matter of hours ago."

The court hearing in Elizabeth City set for 10 a.m. Wednesday morning. If the judge does give the OK to release the body cam tapes, it remains a question: How much of it? And when? 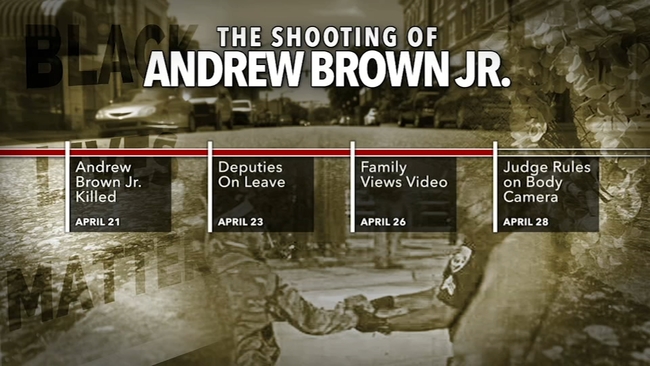 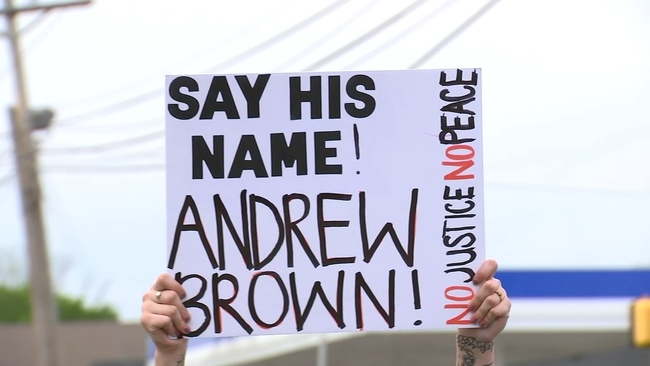