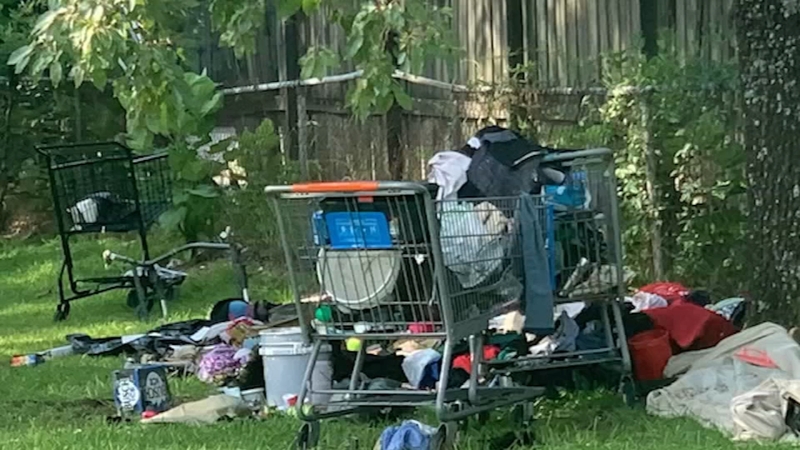 FAYETTEVILLE, N.C. (WTVD) -- The mayor of Fayetteville is working with city leaders to look at ways to prevent the abundance of abandoned shopping carts.

You see them at bus stops, sidewalks and street corners. Stray shopping carts are a big city staple but an unnecessary eyesore to Mayor Mitch Colvin and many Fayetteville residents.

"I'm sure the retailers are complaining not only that it just makes the city's appearance go down," Colvin said.

Colvin wants to work with leaders to draft an ordinance that would somehow corral the "out of control carts."

"Taxpayers are paying for the removal of that, which is unfair. We can't put city manpower into collecting shopping carts and delivering that to retailers," Colvin said.

But the cleanup ordinance isn't just about carts.

"Secondly I think we need to expand the number of available trash receptacles throughout other places in the city, particularly in places where we have areas with a lot of trash accumulation," Colvin said.

Colvin also worried that the unsightly carts could curb economic development as potential developers eye the Fayetteville area. But for people without vehicles and those who are homeless, shopping carts are an essential.

"Shopping carts are the only option," Chris Tober said.

Tober occasionally uses carts to transport his belongings around town.

"It's a burden that people have to carry stuff around and don't have anything to carry it with," Tober said.

Colvin said the ordinance wouldn't be an attack against the homeless. With several measures set to address the city's growing homeless population within the next month, Colvin said this ordinance addresses an issue that affects everyone's quality of life.

"Definitely not any attack against the homeless," Colvin said. "We have to see that they're successful, but at the same time some of the issues that generate the phone calls and emails to us that talk about quality of life; and as we attract businesses and people to stay in our community, we have to address those issues as well."