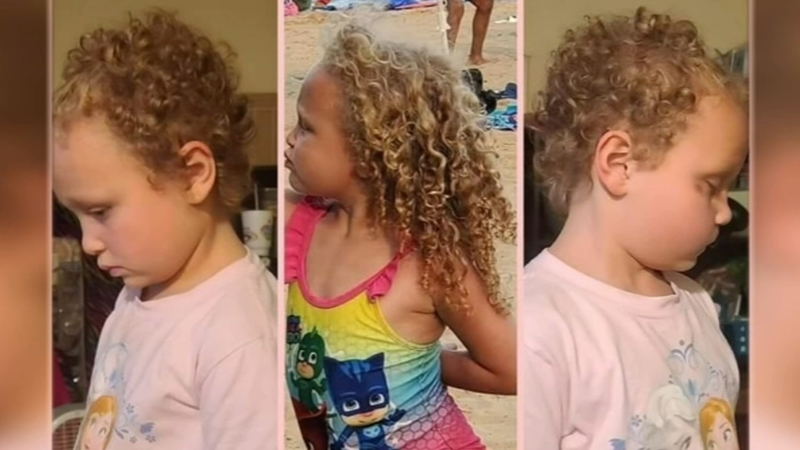 MOUNT PLEASANT, MI (WTVD) -- A Michigan father is outraged after his daughter's teachers cut her hair without his permission.

Jimmy Hoffmeyer said his 7-year-old came home from school one day with a chunk of her hair missing. He learned that another student cut her hair on a bus ride home.

"I mean I chalked it up because it was a child and you're not thinking of any serious consequences having to do with a child," Hoffmeyer said in an interview with WJRT.

So he took his daughter to the salon that same day to get her a new professional hair cut.

But the next day, his daughter came home with yet another haircut--this time though, the person responsible was not a classmate but an adult teacher.

"After that teacher cut her hair, she was so embarrassed. So embarrassed. Because she had to go back to class like that," Hoffmeyer said.

Hoffmeyer said he repeatedly tried to get his daughter's school to explain what happened and show him video of the incident.

The school apologized, but initially would not go any further.

But this week hundreds of people showed up to a virtual school district board meeting to get answers.

The school superintendent explained that a librarian, who is a licensed cosmetologist, cut the girls hair with the knowledge and permission of the girl's teacher.

The superintendent said the adults believed they were doing the girl a favor. They said she asked to have her haircut because she did not like how it looked.

The school and both employees have since acknowledged that regardless of their intentions, their actions were unacceptable and showed a lack of judgement.

All parties have apologized to the Hoffmeyer family.

Christina Laster is the director of policy and legislation for the National Parents Union--a group that advocates to improve the quality of life for students across the country.

Laster has been working with the Hoffmeyer family. She said she believes the girl's teachers were critical and outspoken about the natural texture and style of the 7-year-old's hair.

"I believe that perhaps what took place -- and based on my communications with the family -- what really took place is that children started to adopt that same judgmental mentality about Jurnee's hair, which then turned into this incident that really got out of control quick," Laster explained.

Laster and the National Parents Union said this case is an example of the importance of passing federal laws prohibiting discrimination based on hair texture or style--such as the CROWN Act.
Report a correction or typo
Related topics:
societymichiganhaireducationhair stylinghairstyles
Copyright © 2021 WTVD-TV. All Rights Reserved.
More Videos
From CNN Newsource affiliates
TOP STORIES