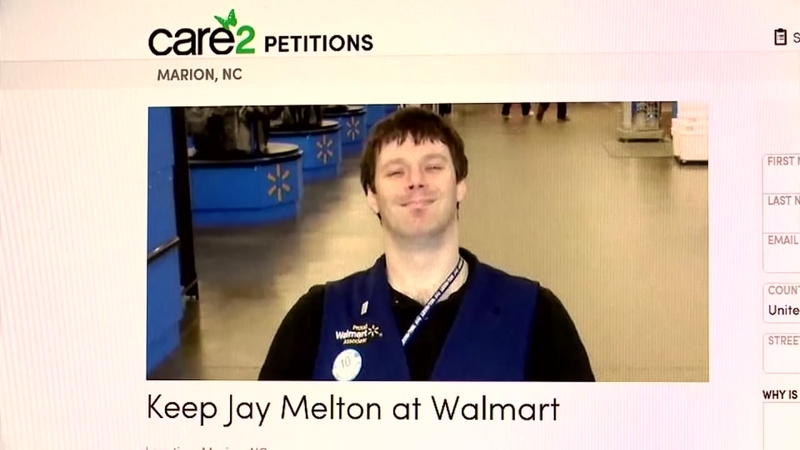 MARION, North Carolina -- Thousands of people are showing their support for a North Carolina man with cerebral palsy who is in danger of losing his job as a Walmart greeter.

Jay Melton can't walk on his own, but over the course of 17 years, has been a fixture at the store in Marion.

Now that could soon change.

Walmart says more than a thousand of its stores have been making the switch to customer hosts instead of greeters. That means higher pay, more responsibility and some physical demands that Jay can't meet.

According to WLOS, Jay found out last week that the company is getting rid of the greeter job, phasing it out during the next 60 days.

At the time of this story's publication, there is no other job Jay can do at the store.

"All they have to do is make accommodations for him, that's all," said Jay's father, Jim.

Jim Melton is his son's biggest fan, but he's not alone.

A petition on the website "Care2" shows that more than 5,500 people have signed a petition, asking Walmart to keep Jay on.

"We had no idea, you know, I know the community is behind Jay, and he's made a lot of friends at Walmart who care about him, and they're upset," Jim said.

Jim said he believes Walmart should do something that will make everybody happy.