FREDERICKSBURG, Virginia -- The breakout star of a Virginia high school prom wasn't the quarterback or the class president, but an adorable toddler with an inspiring story.

Finn Blumenthal, 2, was the guest of honor at Caroline High School's prom on Friday evening.

Finn, who was born with a congenital heart defect, was invited by 17-year-old Taylor Schafer, a friend of the family who captured the internet's heart earlier this year with her epic promposal.

SEE ALSO: Promposal to toddler will melt your heart

To cap off the picture perfect night, Finn was crowned prince of the prom.

"It was an amazing day. It was wonderful," Finn's mother, Kelly, said of the night.

Kelly and Finn were introduced to Taylor through another "heart family" of a child who has undergone heart surgery, as Kelly calls them. They met in person at an event where Taylor had volunteered her time as a photographer for heart families.

"A lot of people may think it's silly. He's 2, and it's her senior prom, but we both have a special connection," Kelly said. "It's an honor and a blessing. I will never find words to be able to thank her."

Due to his health, Finn was in and out of the hospital and facing an uncertain future for the first year of his life. His fighting spirit attracted the attention of tens of thousands of followers on the Prayers for Finn Facebook page, where his parents documented his battle and shared their wisdom for making it through tough times.

Kelly said that the people she has met along the way -- her Facebook followers, other families with children battling heart conditions and those like Taylor who support them -- have helped her keep a positive attitude throughout Finn's journey.

"You need to surround yourself with people that are going to be your biggest cheerleaders. Other families that are walking this walk with us, other heart families, have been a huge asset to our family getting through this," she said. 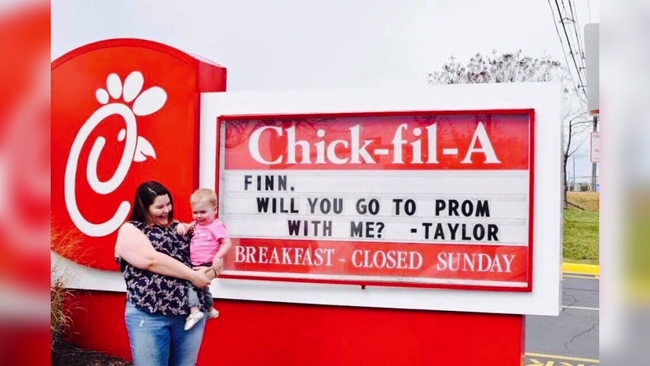 Coronavirus: US Consulate to evacuate staff from epidemic-stricken Wuhan