Top recruit Harry Giles says he will play at Duke 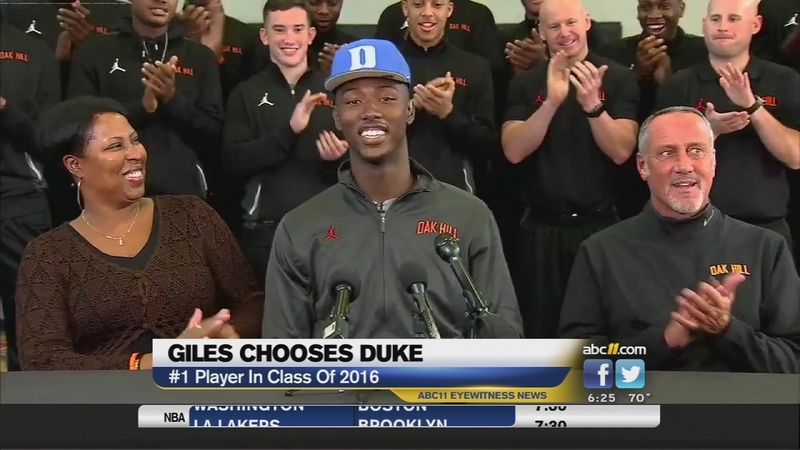 Top recruit Harry Giles says he will play at Duke

The 6-foot-10 power forward held a nationally televised ceremony at Oak Hill Academy and announced his decision while pulling on a Blue Devils cap.

He says he "just felt most comfortable" in meeting with Hall of Fame coach Mike Krzyzewski.

Giles is a native of Winston-Salem, North Carolina, who is considered the top recruit in the nation. He transferred to Oak Hill to play his senior season, but will miss the rest of the year after tearing his right anterior cruciate ligament earlier this week.