'We have a lot of work to do': US mayors say COVID-19 pandemic highlights opportunities for cities

WTVD
By Samantha Kummerer
RALEIGH (WTVD) -- As COVID-19 continues to impact cities across America, Boston University surveyed more than 100 mayors to find out what the biggest impacts they face at the start of 2021.

The 2020 Survey highlighted similar concerns shared across the country with economic impact, racial inequalities and long-term transformations to downtown cited as topping the list.

Raleigh Mayor Mary-Ann Baldwin did not participate in the survey but echoed similar concerns looking ahead to 2021.

Baldwin said social justice issues, economy and COVID-19 are significant issues that are not going away.

"This is not over. We have a lot of work to do. We have to be vigilant, we can't let our guard down," Baldwin said.

Despite the new year, a majority of the mayors surveyed predicted many industries would take a long time to return to normal.

Baldwin and others are particularly worried about the long-term success of small businesses.

The survey found 46% of participants thought there was a large gap between federal funding that was available and what small businesses needed.

"I really wish our federal government would look at the needs of cities and reconsider some of what they have done," Baldwin said.

Through cooperate partners' donations, Raleigh was able to offer various grants to businesses throughout the pandemic. Now city leaders are focused on launching a program to help minority-owned businesses.

"One of our big fears is losing our African American and minority owned businesses," Baldwin said.

While 60% of the mayor survey noted that downtown office buildings have become less desirable, Baldwin said she doesn't think Raleigh will become a ghost town.

Along with COVID-19, race and policing were cited as top issues that mayors said would continue to transform their cities.

In Raleigh, city leaders are partnering with Shaw University to develop a 10-point plan to move social and racial justice issues forward. Baldwin said committing to equity should be the city's number one issue going forward. She said the pandemic has highlighted numerous inequities across schools and zip codes.

"Part of the challenge is we are seeing these inequities right in our faces in a time when we are facing deficits ourselves and so you have this moment where ok you don't have the funding to do things we want to do but we have set priorities for the city," Baldwin said.

Raleigh was predicted to have a $28 million deficit last year.

"We're pretty much at that spot so we had to put a hiring freeze, cut back on different services. That is not going to go away right now," Baldwin said.

Despite the short-term strain, she said she doesn't want to stop funding the future.

"We have to make decisions for right now but we can't forget five years from now or 10 years from now so we recently applied for funding for BRT line at New Bern Avenue, which we were awarded, $35 million, so we will move forward on that project," Baldwin said. "I know people are saying right now transit is dead or hurting, the fact is people are going to need transportation no matter what."

In the survey, mass transits and roads ranked among the top areas where mayors saw dramatic budget cuts in the future.

While 2020 brought many twists and added challenges, Baldwin said it also brought a lot of opportunity.

Forth-eight percent of the mayors surveyed also indicated that they viewed 2020's obstacles as an opportunity rather than a threat for their cities.

"I think the important thing is we have to have hope," Baldwin said. "When I see how people have come together when I have seen how people have been willing to try new things, willing to be innovative, willing to help one another, it gives me great hope for our future and I think that we're going to continue to see great things for our region and for our city."
Report a correction or typo
Related topics:
societyncraleighprotestcoronaviruscoronavirus pandemicrace in americacovid 19 pandemiccovid 19
Copyright © 2021 WTVD-TV. All Rights Reserved.
COVID-19 PANDEMIC 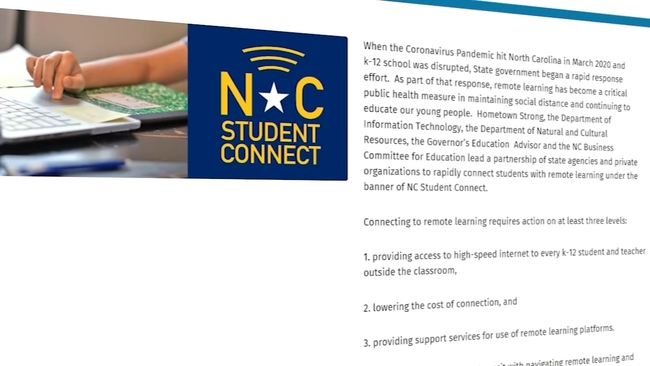