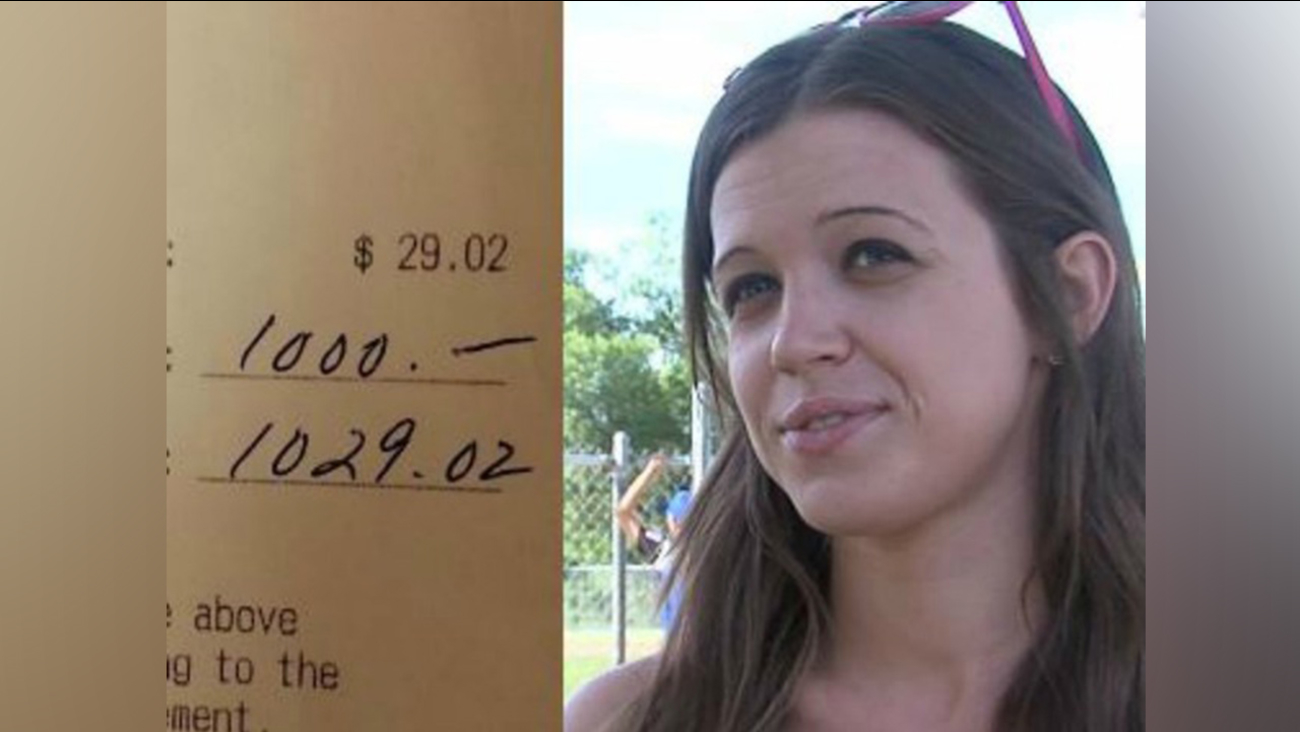 A Largo, Fla. waitress is now able to leave her studio apartment and move into a one-bedroom with her boyfriend and toddler son, thanks to one table's generous $1,000 tip.

Kari Vanardoy was originally pleased with what she thought was a $10 tip on a $29 check. "That would have been a nice tip on that tab," the 22-year-old waitress told ABC affiliate WFTS. "But it was really two extra zeroes."

"I'm not used to having good luck like that," Vanardoy said.

Vanardoy, who also attends college, has been working at the WingHouse restaurant in Largo, Fla., part of the Tampa Bay area, for five years. She had never served the generous guests before, even though they had hinted they'd left sizable tips in the past. 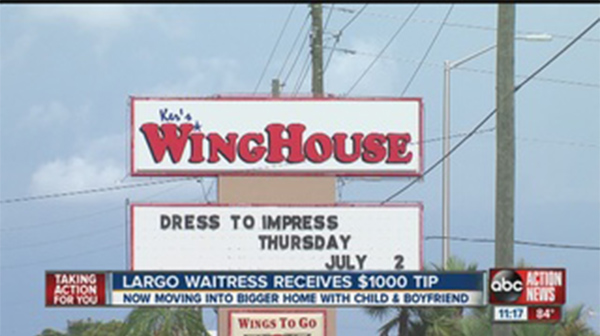 Vanardoy, who also attends college, had been working at the WingHouse in Largo, Fla., for five years. The waitress told ABC affiliate WFTS it was the largest tip she ever received.

Once the waitress realized how big the tip was, she hugged the customers, who told her the tip was meant for her and her 2-year-old son. One woman in the group had a special message for Vanardoy.

"She actually told me she was my guardian angel if I ever need anything," Vanardoy told WFTS. "I didn't do anything for them ever, so it was just a sweet act."